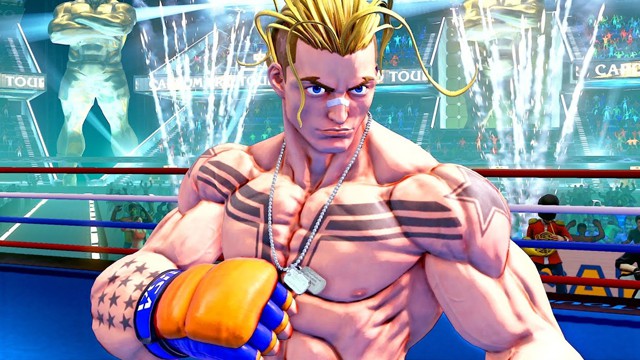 Capcom has offered up more details on the next three fighters coming to Street Fighter V during their Summer Update last night, including the five-year-old game’s final new character, Luke.

While specifics were kept deliberately vague, we do know Luke is a kickboxer. Director Takayuki Nakayama also revealed that Luke will provide “a glimpse into the future” of the Street Fighter series when he launches in November of this year. He also got his own video showing off some of his moves, which you can see below.

Before he arrives, however, there’s still two more fighters to be added to the roster, and we got further details of both during the broadcast. First up, Oro returns from Street Fighter III with classic and new moves. His V-Skill is a glowing projectile called Onibi that can negate other players’ projectiles. Oro can also use his Tengu Stone—his V-Trigger II—that allows him to telekinetically hurl objects at his opponent.

Then Akira Kazama is next up from sister Capcom beat-em-up title Rival Schools. Her moveset includes the Kiko Kai energy blast, the Tsutenda launcher and a Kiko Rensei skill. Furthermore, her V Triggers allow her to call upon her brother Daigo who can assist and give opponents something else to worry about.

Both Oro and Akira land in Street Fighter V on August 16. Both fighters will also arrive with new stage Rival Riverside, which also features cameos from other Rival Schools characters. All of these additions will also be available as part of the game’s Season 5 Passes. August 16 will also welcome a new Online Tournament mode to the game, added as a free update for all.