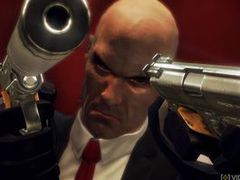 Square Enix has removed its Hire Hitman promotional app from Facebook and has issued a statement apologising for any offence caused.

The app – which was live for around three hours – allowed users to put a ‘hit’ on their Facebook friends, creating a live action video incorporating the target’s individual information from their Facebook account.

Square Enix described the app as “tongue firmly in its cheek”, allowing users to input a host of reasons why they wanted their friend to be terminated, and identifying targets with crude criteria such as “small tits” or “tiny penis”.

Following the removal of the app Square Enix published the following statement: “Earlier today we launched an app based around Hitman: Absolution that allowed you to place virtual hits on your Facebook friends. Those hits would only be viewable by the recipient and could only be sent to people who were confirmed friends.

“We were wide of the mark with the app and following feedback from the community we decided the best thing to do was remove it completely and quickly. This we’ve now done.

“We’re sorry for any offence caused by this.”

The Hire Hitman app was created and produced by multi-award winning, EMMY nominated digital creative agency Ralph. The company has previously made promotional and advertising campaigns for companies including HBO, MTV, BBC, ITV, AMC, FX, Showtime and many of the major US film studios.