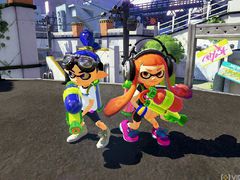 Splatoon, the squid-based shooter for Wii U, has sold over one million units worldwide, Nintendo has announced.

“Since Splatoon launched on 29th May, it has been great to see so many players competing in online matches,” said Nintendo of Europe President Satoru Shibata. “We are pleased this new Wii U exclusive game is capturing the imagination of so many fans across Europe, and look forward to bringing more exclusive titles to both Wii U and Nintendo 3DS this year.”

Nintendo didn’t say how many units were sold to babies, but we’re confident the figure is high.