Spider-Man: Miles Morales gets animated Into the Spider-Verse costume 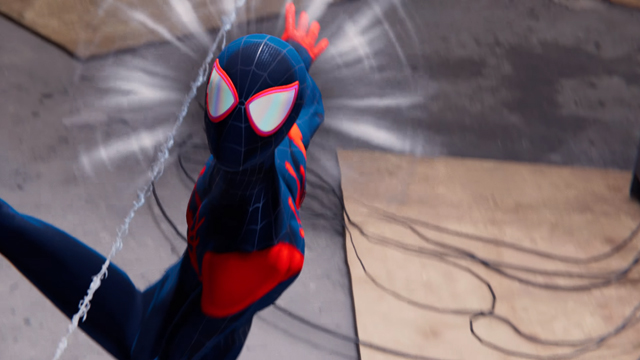 Insomniac Games has revealed a Spider-Man: Into the Spider-Verse inspired suit for the upcoming Spider-Man: Miles Morales.

The suit, obviously based on Miles Spidey suit the character gets by the end of that movie, has an added benefit, as it's even animated in a stylised comic-book-shaded way to mimic the animation style from the 2018 movie complete with visual sound effect-bubbles for Miles when he punches, kicks and even thwips his web. The team at Insomniac even worked with the movie's team including production designer Justin K Thompson to ensure the suit's authenticity.

If you want the suit for yourself, it'll be available as a launch day bonus to players picking up Spider-Man: Miles Morales, with pre-orders getting to unlock the suit early. Check out a trailer as well as 10 minutes of the suit in action below.