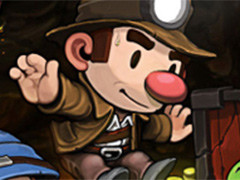 UPDATE: The July date for Lone Survivor is incorrect, Curve Studios has told VideoGamer.com. The game is not due to launch on Vita until August.

The July release date was spotted in a Sony advert featured in this week’s issue of MCV highlighting indie games on the handheld.

A PlayStation 3 release date has yet to be confirmed, but is expected to be available on the same day as the Vita version.

Originally released on PC in 2009, the PS3 and PS Vita versions of Spelunky will feature the enhanced HD visuals of last year’s XBLA release.

A PC re-release featuring the HD makeover is also expected to release this summer.