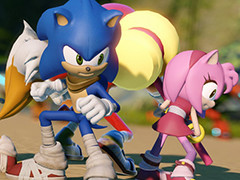 In addition, Sonic Boom – which was revealed by SEGA last night – will not release in Japan, instead launching only in western territories.

The news follows rumours earlier this week that a new Sonic title could launch on Wii U, PlayStation 4 and Xbox One in 2015, following Sonic Boom’s release later this year.

The rumours emerged from an image snapped at a German toy fair, which notes that a “new 2015 title TBA” is set to ship on the three platforms next year.

SEGA later claimed that the information was “incorrect”, adding that it “has yet to announce details of upcoming console video games for Sonic the Hedgehog”.