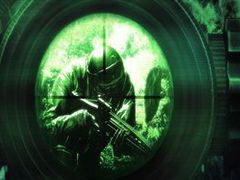 Sniper: Ghost Warrior 2 has been delayed until January 15 2013, VideoGamer.com can reveal.

This is the second delay this month for City Interactive’s upcoming sniper sequel.

It was announced earlier this month that the game, which is to be distributed by Namco Bandai in the UK, would slip from August to October.

Now, however, it’s been pushed back even further.

“I can confirm that this is true,” Namco Bandai Partners UK marketing and PR director Lee Kirton told VideoGamer.com. “We will provide a full announcement with City Interactive soon.

“It’s key we all want this title to be fantastic in the genre and the leading SNIPER game for sure. The engine is fantastic and the level of polish is also key to the title’s success. As soon as the official announcement through the publisher is available I will provide it.”

City Interactive also confirmed the news via their official website.

An October launch would have put the game toe-to-toe against FPS-stalwarts Call of Duty: Black Ops 2, Halo 4, and Medal of Honor: Warfighter.