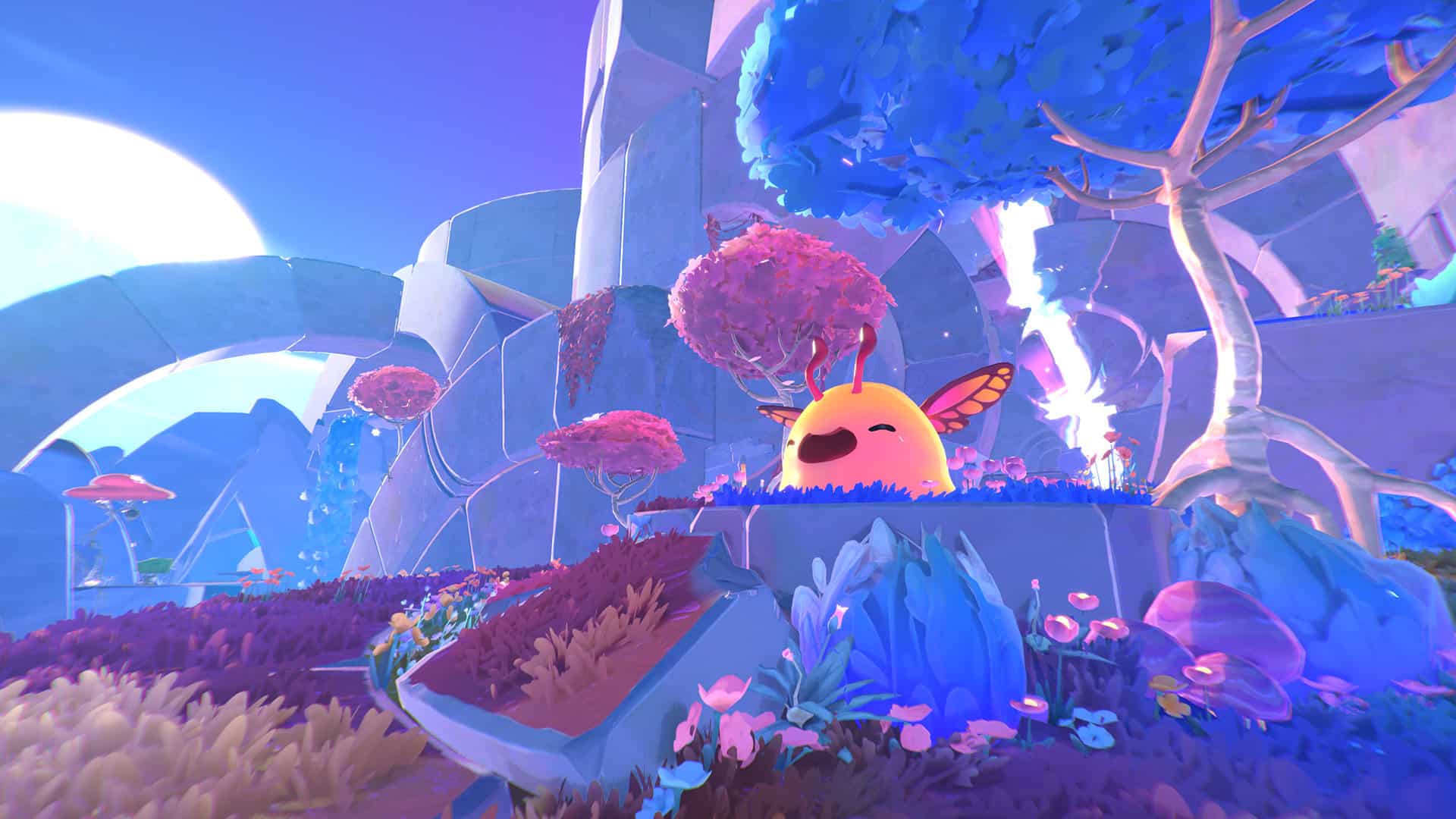 Slime Rancher 2 showcases locations for the sequel in new screens

Developer Monomi Park has been showing off some of the new locations in upcoming sequel Slime Rancher 2.

The team has been publishing new screenshots and artwork from some of the sequel’s locales over several days this week. They’ve also offered details on some of the game’s slimes you’ll encounter in these regions. First off, the Rainbow Fields are where you’ll start your second adventure, “filled with happy hoppy cotton slimes”.

Next up, we got a look at some coral-encrusted tidepools that’ll be home to the Angler Slimes. These ones like to hunt for sea hens in pools of water amongst the sand and nooks of ore. Ember Valley is our next locations, with geysers of water providing environmental hazards to be wary of. Here’s where you’ll find the heat-loving slimes, as well as primordy oil and lava dust.

Finally, the most recent biome revealed is Starlight Strand. Described as a “beautiful expanse mysteriously divided between dazzling palettes of dusk and dawn.” It’s certainly very pretty, and will be home to the nectar-loving honey and flutter slimes. You’ll be able to harvest their hives for honey and buzz wax.

Slime Rancher 2 was first revealed during last year’s E3. It doesn’t have a release date yet, but is expected to arrive later this year on Xbox Series X|S and PC. It’s possible we might see more at the Xbox and Bethesda showcase, which has been dated for June 12. You can check out the game’s new screens for yourself down below.

The Rainbow Fields are just outside your door when you begin your adventure in Slime Rancher 2. They’re filled with happy, hoppy cotton slimes that are always hoping to land in a patch of delicious water lettuce within its ever-changing, prismatic grasses. pic.twitter.com/14JL1dKIh1

The coral-crusted tidepools that weave between the major biomes of Rainbow Island are home to angler slimes who splash from pool to pool and hunt for plump sea hens. They’re also a great place to find rich deposits of silky sand, and hidden nooks of radiant ore. pic.twitter.com/mewIEe0TG5

Ember Valley is always rumbling: blasting great geysers of water on one end, and filling ravines full of lava on the other. Naturally, it’s home to heat-loving boom, fire, and crystal slimes as well as an excellent place to (carefully) hunt down primordy oil and lava dust. pic.twitter.com/4651yDVoOh

Starlight Strand is a beautiful expanse mysteriously divided between dazzling palettes of dusk and dawn. This fragrant, floral fantasia is home to nectar-loving honey and flutter slimes, and its canopies are abuzz with hives that can be harvested for wild honey and buzz wax. pic.twitter.com/rvvSimBgJC