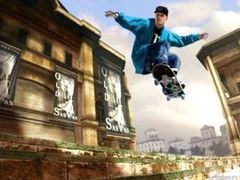 EA’s Black Box studio has announced that a playable demo of Skate 2 will be released on Xbox LIVE Marketplace on January 8, followed on January 15 on PSN.

The demo will introduce players to the city of New San Vanelona where they can skate with style and individuality via access to the enhanced character customization tools. The demo will offer a first glimpse of the single-player story and challenges in all-new locations.

The demo will also feature two of the game’s online Party Play modes: Thrasher’s Hall of Meat and Spot Battle.