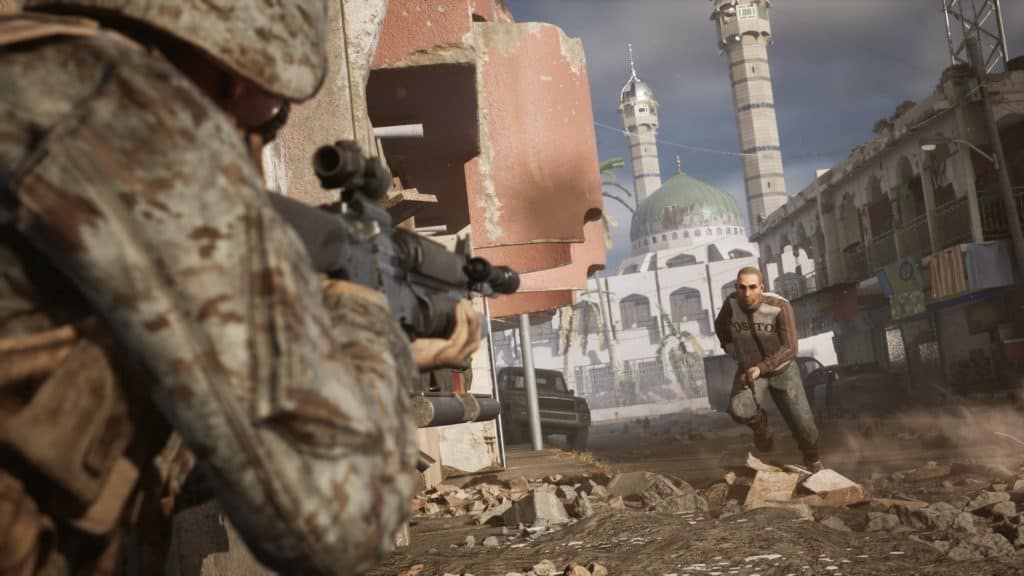 The original creator of military shooter Six Days in Fallujah has been speaking on the controversy surrounding the game—which was dropped by Konami eleven years ago only to announce its return earlier this week—in a new interview.

Peter Tamte—who is now the head of the rebooted game's new publisher Victura—spoke to Polygon and has insisted the game isn't making a comment on whether the Iraq War the game is based in the midst of was a good or bad idea. "For us as a team, it is really about helping players understand the complexity of urban combat. It’s about the experiences of that individual that is now there because of political decisions."

He continued "And we do want to show how choices that are made by policymakers affect the choices that [a Marine] needs to make on the battlefield. Just as that [Marine] cannot second-guess the choices by the policymakers, we’re not trying to make a political commentary about whether or not the war itself was a good or a bad idea."

Specifically, Six Days in Fallujah will focus around the battle of Fallujah, a conflict that took place during the controversial Iraq War in 2004, following the recounted stories of several real life soldiers who were on the battlefield at the time. However, it won't include accounts of some of the atrocities and tactics undertaken by the US military at the time, including the highly controversial "shake and bake" tactics wherein a combination of white phosphorus and high explosives were used in an attempt to flush our insurgents from hardened bunkers.

"There are things that divide us, and including those really divisive things, I think, distracts people from the human stories that we can all identify with. I have two concerns with including phosphorus as a weapon. Number one is that it’s not a part of the stories that these guys told us, so I don’t have an authentic, factual basis on which to tell that. That’s most important. Number two is, I don’t want sensational types of things to distract from the parts of that experience."

In justifying the battles that the game will focus on however, Tamte says "By talking about this battle in a game, we are helping people remember the sacrifice of some very specific people. So that’s number one. We share the same objective they have, which is, we don’t want their son’s sacrifice to be forgotten. But do I understand their caution about it? Absolutely. Absolutely. Because for most of those people, their only idea of a video game is watching somebody else play Call of Duty. Call of Duty is a sport, and if somebody made a sport out of the killing of my son, I’d be pretty upset. Our job now is to show people that we’re not making Call of Duty."

He concluded on the objections to the game "The only thing that I fear is that fundamentally, when we cut through everything, people’s objection here to Six Days in Fallujah is more of an objection to the Iraq War. We’ve made games about other wars, and real stories from other wars, that have not gotten the attention and have not gotten any sort of controversy. So fundamentally, people’s objection is to the Iraq War. I don’t think we should be a proxy for that particular battle."

You can read the rest of the extensive interview over on Polygon's website. Six Days in Fallujah is currently scheduled for release later this year on PC and consoles later in 2021.