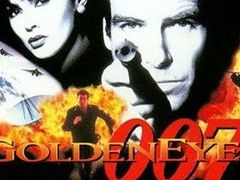 Last we’d heard the supposed project to bring the classic N64 FPS to XBLA had collapsed, despite the game being almost complete. Rumours indicated that Microsoft and Nintendo were unable to reach a financial agreement that would see the Nintendo 64 game released on the Xbox 360.

“That was a tricky one. To be fair, I kind of wished that the differences got sorted out, but obviously there’s the licensing issue for Bond, even if it’s something that’s already come out,” said Burton. “It’s incredibly hard to solve because there’s so many licence holders involved. You’ve got the guys that own the license to the gaming rights now, the guys that have the licence to Bond as an IP, and there are umpteen licensees.”

Burton continued: “… but for me I just kind of thought that we’d never manage it, never quite make it. But the feeling’s not too bad really. It’s what it’s like as a games developer. You have to treat something that’s not seen the light of day as a prototype. I’ve had, what, four or five things that never happened. It’s funny that we don’t even talk about them a lot of the time, because you think, well, we might revisit it.”

So what of the future regarding a possible release? Burton says it’s not in Rare’s hands.

“The ball’s not in anybody at Rare’s court really. It’s squarely in the license holders’ courts. It’s a shame. It’s kind of locked in this no man’s land. There’s nothing on LIVE Arcade, there’s nothing on Wii,” he explained.

“It’s just what happens legally sometimes. Not necessarily with games, but you see it with music and films. Things get locked in this legal limbo. Even most of the parties involved, probably all the parties involved want to solve it. It’s such a complex issue.”

He added: “It’s probably going to go down in the annals of gaming history as one of the big mysteries.”

For more from Rare’s Nick Burton head over to part one of our week-long interview, from which you’ll be led effortlessly into part two and part three.