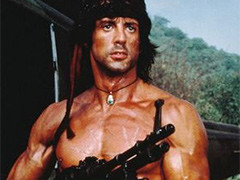 Rambo: The Video Game will release across Europe on February 21 for Xbox 360, PS3 and PC, publisher Reef Entertainment has announced.

A North American release will follow later in Q1.

The on-rails action game puts players into the boots of John Rambo through the iconic action sequences from the first three movies.

Fans will also notice the original movie voice tracks of John Rambo and Col. Samuel Trautman, plus selected music from the trilogy.

“We are delighted to announce the final EU release date for Rambo The Video Game and although the main game is now complete our journey with Rambo continues as we will soon start development on the game’s first DLC expansion pack with our partners at Teyon,” said a Reef spokesperson.

Inpsired by the original Rambo trilogy, Rambo: The Video Game is a…

Inpsired by the original Rambo trilogy, Rambo: The Video Game is a…