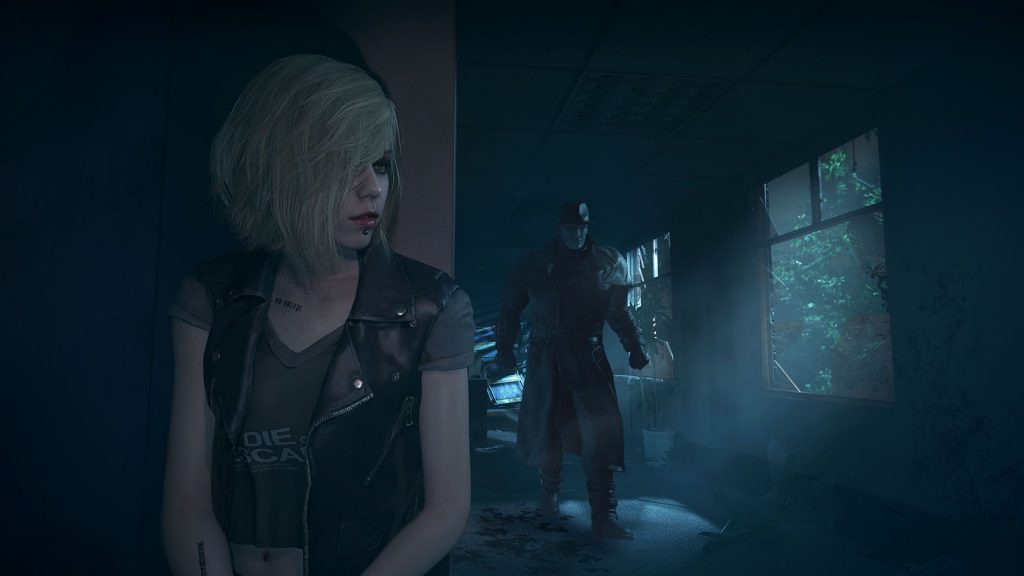 Project Resistance is an asymmetric showdown of Survivors versus the Mastermind

The four survivors are trapped in Raccoon City, at the mercy of the Umbrella Corporation that subjects them to its cruel experiments. Players must cooperate and coordinate each of their unique skills to escape the facility in one piece. Samuel is the damage with boosted melee abilities. January expertly hacks the buildings security systems, and Tyrone will rally his teammates and decrease their damage taken for a short while. Valerie is the support, and she can reveal nearby helpful items and dangers using her survival instinct. The four players will complete puzzle style mission objectives to get out before time runs out and their fate is sealed.

The Mastermind has a wealth of merciless instruments at their disposal. From the hot seat, this player will view and track the four survivors through the building’s security camera system. A set of cards with creatures like zombies, lickers, undead dogs, and more uglies can be placed in rooms to lie in wait. Each card consumes a portion of Umbrella Credits, which builds over time. Opportunities for traditional scares like switching off the lights and locking doors are on offer, but once the Mastermind has enough moolah, they can deploy a tyrant. They will become ‘the ultimate threat’ by directly controlling Mr X and hunting down the poor souls scrabbling to escape.

If you’ve ever had the misfortune of playing a competitive multiplayer game with me, you would know that this is exactly my jam. Playing as a Mastermind is my ultimate calling, in the virtual world and in reality. Also, Project Resistance uses the RE Engine — developed for Resident Evil 2 — so the visuals are looking pretty fly.

Project Resistance will launch for PlayStation 4, PC, and Xbox One, and a closed beta will run from October 4 through October 7. Watch the gameplay reveal trailer below.