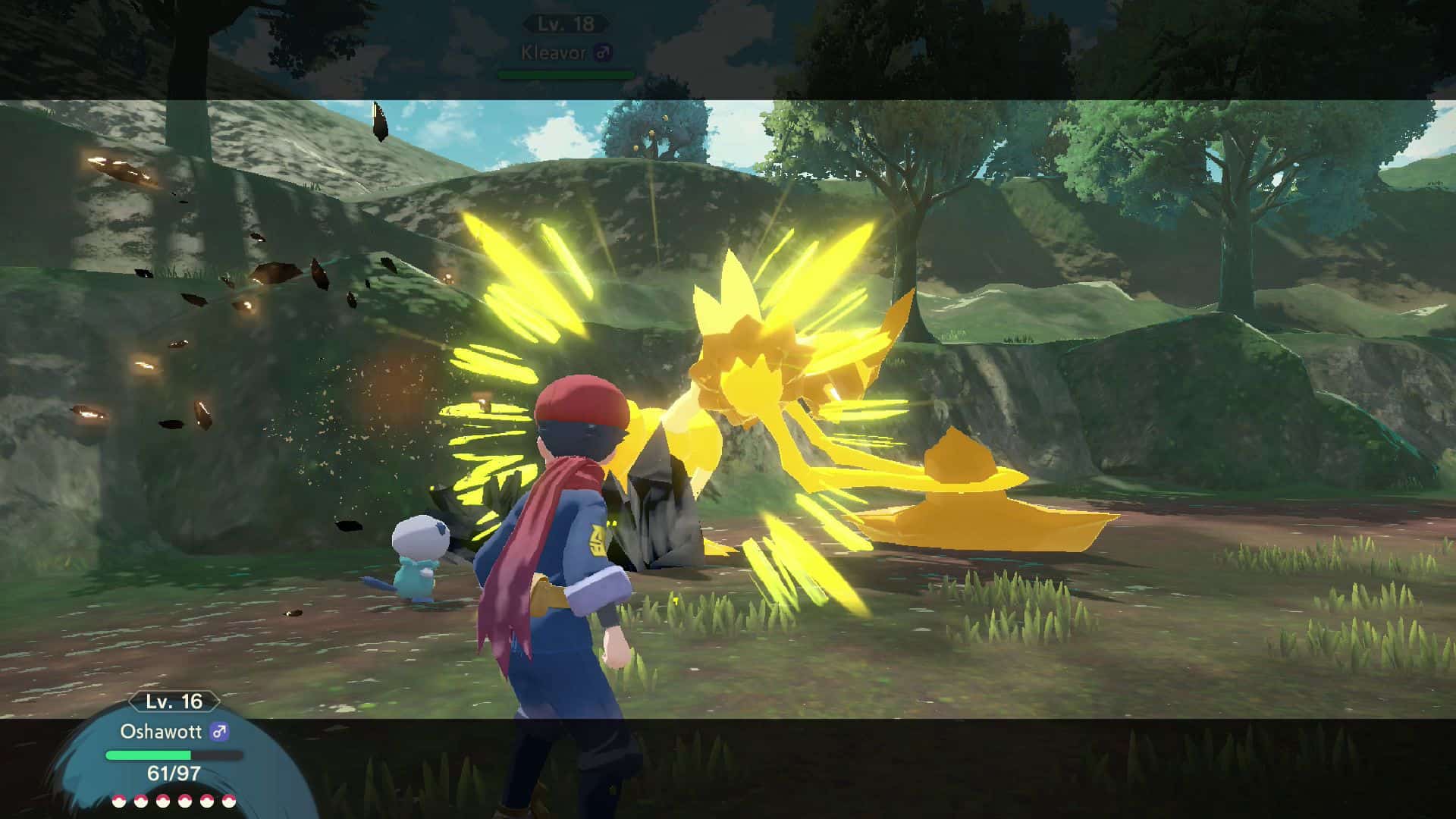 Nintendo and The Pokémon Company have offered up our best look yet at Pokémon Legends: Arceus with a whopping 13 minute+ gameplay video.

The footage covers similar ground to the Japanese overview last week, but goes into even more depth as to what we can expect when the game arrives in 2 short weeks. They include a look at some of the features of the Hisui region. and environments like the Obsidian Fieldlands. You’ll be able to nab plenty of useful resources here. You and your Pokémon can grab these, and you’ll use them to craft items to help on your journey.

Wild Pokémon will exhibit different behaviours. Some will be docile, like Badoof, but others will run away from you and be harder to catch. Others still may be aggressive, and actually attack you directly. You’ll have to be on your guard and use all your skills to calm them down before you try and catch them.

We also get a closer glimpse at the sorts of missions and quests you’ll undertake for the denizens of Jubilife Village, and some of the new battle mechanics too. This includes a look at the new Strong Style and Agile Style moves, and how they’ll add a new tactical layer to combat. We’re also introduced to Noble Pokémon, who’ll provide extra tough boss battles for you to take on.

You can check out the full video for yourself down below. Pokémon Legends: Arceus arrives on January 28, exclusively on the Nintendo Switch.