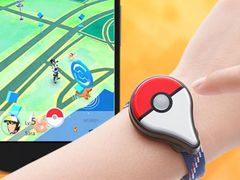 The Pokemon GO Plus accessory will now launch in September, not at the end of July as was originally planned, Nintendo has announced.

Both Nintendo UK and US announced the delay this morning.

“The #PokemonGO Plus accessory will arrive in Sept. instead of the originally expected end of July. Thanks for your patience, Trainers!” reads the tweet from Nintendo UK.

Pokemon GO Plus is a small device designed to be worn which allows players to continue playing Pokemon GO without looking at their phone. The device connects to a smartphone via Bluetooth and alerts users about events in the game – such as the appearance of a Pokemon nearby – using an LED and vibration.

The Pokémon GO Plus will begin to blink and vibrate whenever you’re within range of a PokéStop. Press the Pokémon GO Plus button to search the PokéStop for items. If you find any items, swipe or tap them to add them to your inventory.

When a Pokémon is near, the light on the Pokémon GO Plus will flash. It will also flash and vibrate when you pass a PokéStop.