Blizzard’s hero shooter Overwatch 2 is right around the corner, and with the sequel comes a fair few changes, not least the move to free-to-play.

The first game was a spectacular success for the WoW studio, with its first step into the realm of FPS becoming as big – if not bigger – than its other series such as World of Warcraft and Diablo.

It’s sequel is, naturally, hoping to make a similar impact – so let’s jam through what you’ll want to know ahead of launch.

Blizzard has now published a guide via their Twitter account detailing when exactly the game will go live depending on your region. Those times are as follows:

Is Overwatch 2 free to play?

Unlike the previous game, the sequel will be completely free to play, so all you’ll need is the console of your choice – and access to the internet, of course – to download and begin playing.

It’s not currently clear if you’ll still require an Xbox Live, PlayStation Network or Nintendo Switch Online subscription to play. We’ll update once we have an official word.

We can also make an educated guess towards the specific size thanks to the game’s recent beta.

The beta – which took place back in June – clocked in at around 20GB on Xbox, 21GB on PlayStation and 50GB on PC. The beta did not take place on the Nintendo Switch.

Given it was so recently, we don’t expect the file-size to be too much bigger, although we also know the beta didn’t include all the launch content, such as new hero Kiriko.

Therefore we’d predict something around those values – but make sure to save a little extra (maybe around 10GB) just in case.

Those of you who owned the original Overwatch will be able to claim a special Founder’s Pack at launch. This includes two epic skins – General Doomfist and Jester Sombra – along with an exclusive Icon.

Everyone will get access to two of the new heroes – Junker Queen and Sojorurn. However, those with the Founder’s Pack will also get Kiriko unlocked immediately. (New players will have to unlock her either at Tier 55, or on a purchase of the Premium Battle Pass.)

However, to claim the above Founder’s Pack – you must log in before Season Two. That arrives on December 6, giving you just over two months from the sequel’s launch.

If you’re a brand new player, you may be interested in the Watchpoint Pack. This is a £34.99 purchase, but includes 7 Legendary skins (including 2 new Space Raider skins), 5 Epic Skins, 2000 Overwatch Coins, an exclusive icon and the Season 1 Premium Battle Pass.

You can find out more about the Overwatch 2 Watchpoint Pack right over here.

Overwatch 1 – what happens to the first game?

Overwatch 1 is, essentially, closing down to make way for Overwatch 2. The news was confirmed by commercial lead Jon Spector to Eurogamer earlier this month.

“So roughly a day before Overwatch 2 launches, we’re going to be taking down the Overwatch 1 servers. So this means, as a practical point, that October 2nd is the last day to go in and play Overwatch 1.”

“And then,” he continued. “It’s a 27-hour downtime that we’re planning in order to get the Overwatch 2 server stood up and running.”

It should be noted that Spector was speaking from a Pacific Time point of view – so it’s possible that the original game could still be alive for a short period into October 3 in some parts of the world. Either way, it’s best to get your final games in while you still can.

If you’re new to Overwatch, then you’ll need to know about Overwatch 2’s First Time User Experience. We’ve got full details over here – but here’s a brief overview too.

New accounts made after Overwatch 2 launches on the October 4 will start with many of the game’s heroes and modes and features locked off at first.

As you play, however, you’ll unlock more of these features – such as additional game modes, functions like text chat and Competitive (ranked) play and more.

This will also apply to the game’s initial roster of heroes. Blizzard say you’ll unlock access to all of the original Overwatch 1 heroes after around 100 games.

There’s a couple of ways to bypass the FTUE – either buy the Watchpoint Pack, or you can group with other, more experienced players. Blizzard say this should relax some – but not all – of the account restrictions.

Will Overwatch 2 be free?

Yes, Overwatch 2 will be free-to-play.

Yes. Overwatch 1 servers will be closed as of October 2nd. If you already have Overwatch 1 installed, your game will be patched to become Overwatch 2 on PC at launch on October 4. 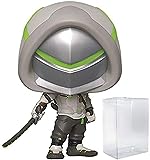 The Art of Overwatch Volume 2 Limited Edition
Buy on Amazon