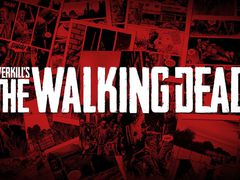 Overkill’s The Walking Dead delayed to 2017

Overkill’s The Walking Dead game has been delayed to the second half of 2017, Starbreeze has announced. The game had previously been due to arrive later this year.

The delay will help “cement [the game] as a tent pole product for the next decade to come”, Starbreeze says, and help the company “pave the way to success”.

An Asian version is also being prepared for a simultaneous launch with the western release following a $40m investment from Korean game company Smilegate in Starbreeze. The agreement will also see Starbreeze launch a version of Payday 2 in the Asian markets and develop a brand new game based on Smilegate’s online shooter CrossFire for release in the west.

Little is currently known about Overkill’s The Walking Dead besides the fact that it will be a co-op first-person shooter set within the franchise’s comic book universe.

The game is due for release on PS4, Xbox One and PC. The first screenshots have yet to be revealed.