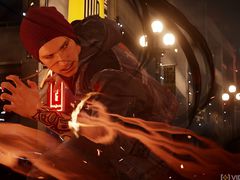 No demo for Infamous: Second Son

There are no plans to release a playable demo for Infamous: Second Son, brand development director Ken Schramm has told VideoGamer.com, who believes that a demo wouldn’t do the game “justice”.

“I don’t think we’re going to have a demo,” Schramm told us earlier today. “It’s hard to have a demo with an open world game to be honest with you. You what, pick two missions out of the whole thing then you give them a little slice of the world, you gotta make all these walls? I don’t think [having a demo] does justice to an open-world game.”

Set in a recreated version of Seattle, Infamous: Second Son puts players in the role of Delsin Rowe, a ‘normal guy’ given superhuman powers that they can choose to use for good or evil deeds.

The game launches exclusively on PlayStation 4 on Friday, March 21.