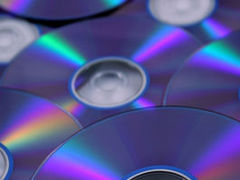 Developed in collaboration with Panasonic, Archival Disc systems are due to launch next summer, with initial discs featuring a storage capacity of 300GB – 6x higher than the current 50GB Blu-rays.

The format will later be expanded to improve capacity to 500GB and 1TB, although timings for the larger capacities have yet to be announced.

The discs will likely be used initially to store large files and 4K movies, which demand huge amounts of storage space.

“In recent times, demand for archival capabilities has increased significantly in the film industry, as well as in cloud data centres that handle big data, where advances in network services have caused data volumes to soar,” said Sony.

“Both Sony and Panasonic have successful experience working on the development of Blu-ray Disc technology. The two companies plan to actively promote this next-generation high-capacity optical disc standard in the professional field in order to offer an effective solution for protecting valuable data into the future.”