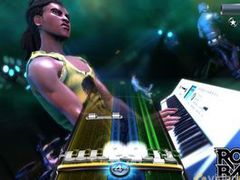 New Rock Band in development for PS4 & Xbox One – Bloomberg

Harmonix is developing a new Rock Band title for PS4 and Xbox One, a source familiar with the project has told Bloomberg.

Bloomberg’s report follows shortly after Harmonix released a survey asking fans what they would like to see in a new Rock Band game. It was also rumoured to be teasing the franchise’s return with new DLC.