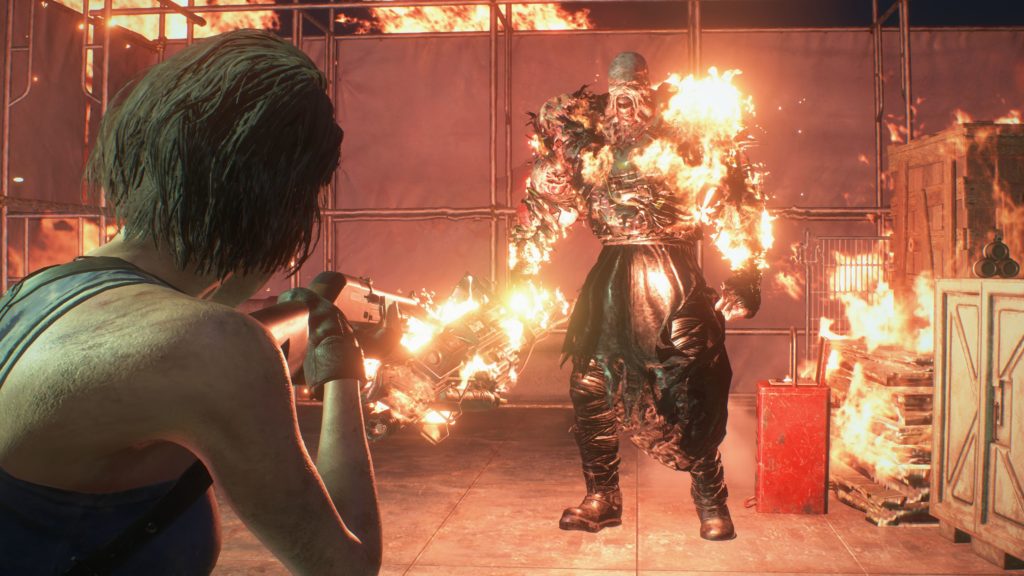 Nemesis is able to invade Resident Evil 3 Remake’s safe rooms, but he won’t follow you all the time

Capcom shared a lot of information about the Resident Evil 3 Remake in the latest issue of Official Xbox Magazine, including that Nemesis is able to break into safe rooms (via Reddit).

Good. That’s great. This means that Nemesis is the first monster in the Resident Evil series to throw the “safe room” rule out of the window. Apparently, if the creature is chasing the player, he will follow them into the safe room with no qualms about it. However, Capcom has chosen to change certain areas of the original game to be inaccessible to Nemesis, in order to take the pressure off the player. His artificial intelligence—which builds upon what the developer learned from Mr. X—isn’t truly tireless, and he will divert his path dynamically to create tension without becoming too obsessive.

Capcom explained that AI was actually an area of focus for the remake, to make Raccoon City feel all-new to veteran S.T.A.R.S. agents. Monsters will react to the environment, zombies will act differently whether they’re alone or in a group, and enemies will coordinate their actions. The game’s sound design has been overhauled to improve its atmosphere, and Jill will be able to use the subway system as a fast travel mechanic. There will also be multiple possible paths through one area, and Capcom revealed that the game will offer a lot of side missions. These may involve going back to a previous area, which will encourage a risk/reward element to exploration.

In an earlier interview, we did find out that the “Live Selection” feature from the original wouldn’t come back in the remake, and the developer delved into why that is the case. Resident Evil 3 Remake will offer a lot more narrative content than the 1999 game, and Nemesis’ vendetta against Jill and the S.T.A.R.S. agents will be fully explored. Jill, Carlos, and the UBSC will get even more characterisation than before, and Capcom hopes that players will enjoy the new additions to the story.

Finally, Drain Deimos, Grave Digger, Hunter Betas, and spiders will be lurking in the sewers of Raccoon City. It sounds like there’s so much that has been packed into the remake, and it will delight and frighten new and familiar players alike.

Resident Evil 3 will arrive on PlayStation 4 on April 3, 2020. Check out our preview below.