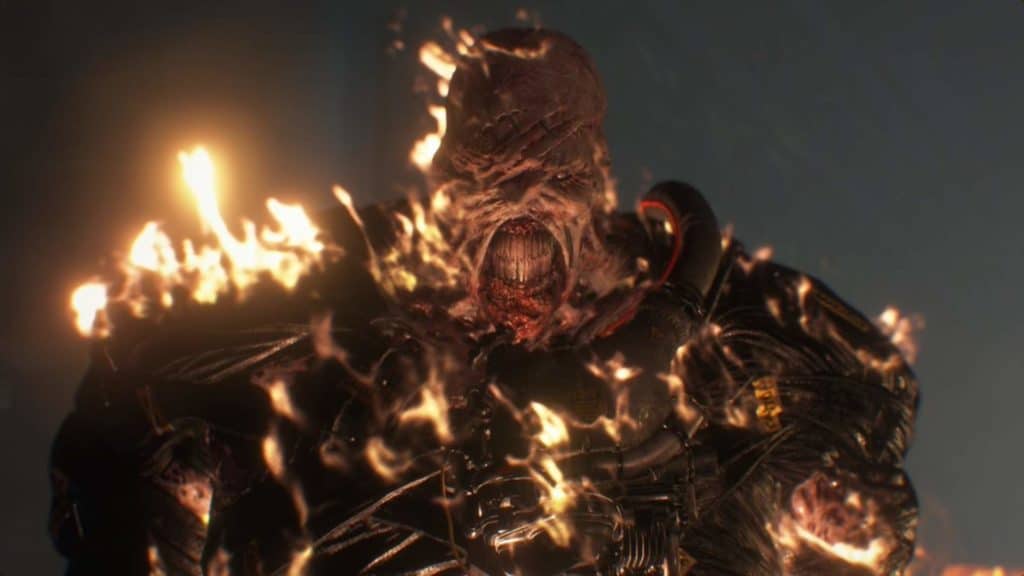 Raccoon City is the heart of the Resident Evil series, its setting, its fever-gripped immune system, its fried nerves. First introduced in the opening minutes of Resident Evil 2, back in 1998, it is an industrial Midwestern sprawl of squat buildings and concrete river banks. The site of a viral outbreak that raises the dead, its streets and alleys become veins, pulsing with rot. The power of Resident Evil 3: Nemesis, which came out in 1999, and was set mostly outside, was that it stayed with the destruction, uncramped by interiors. It revelled in the perverse poetry of the situation, knowing that we want to see the place seized with sickness and racked with fire. Its ruin is ensured, but we have to see it rage against the undying of the night.

In Capcom’s latest remake, called simply Resident Evil 3, the rage is offered afresh. As Jill Valentine—a member of the Special Tactics and Rescue Service, a lofty echelon of the local police—you race along its roads and across its plazas, all rendered in writhing detail with the RE Engine. Capcom is in the company of only Naughty Dog, when it comes to the digitising of dramatic versatility: to the emotions that flicker across the faces of its characters but so, too, to the moments of high-calibre mayhem that would send popcorn skittering into the summer aisles. It is little wonder that the Japanese developer, armed with such an engine and having reached a more refined, darker sobriety, is churning through the cheese of its back catalogue. Resident Evil 3, along with last year’s remake of Resident Evil 2, is a play for our imagination as much as our memory. It understands that the fear we felt long ago didn’t fade; it took root in our brains and mutated into myth. And this is what it might look like. 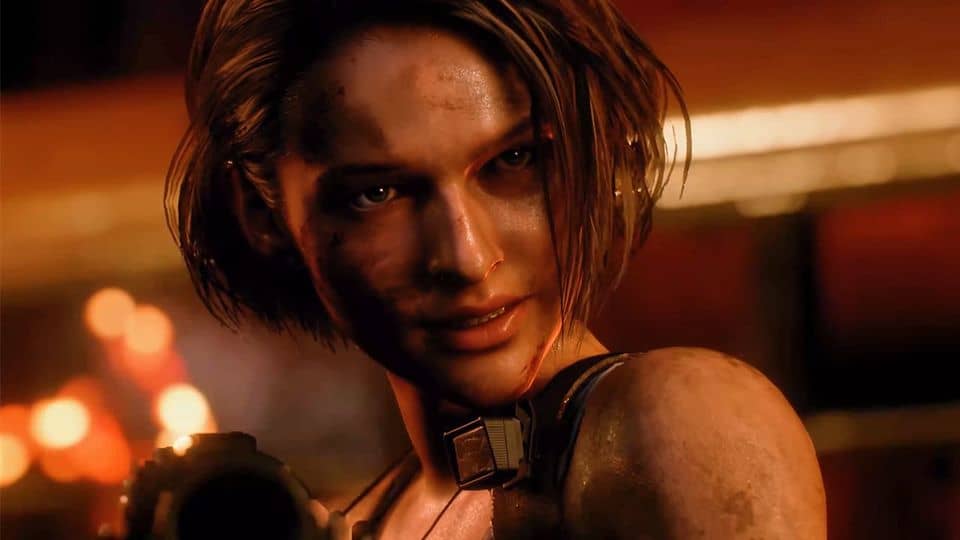 The reason for the racing is that Jill is being pursued. Despite the original game’s subtitle being sawn off, the Nemesis, as it’s code-named, is a constant prowling threat. (It shows up periodically, never letting you get comfortable.) Neither mortal nor machine, it consists of skin pulled across misshapen bone. It’s over seven feet tall, swathed in military black, and occasionally brandishes a rocket launcher. Its single-minded ruthlessness recalls The Terminator, and we imagine those blood-red readouts that James Cameron let us glimpse, guiding us through the eyes of his monster. On more than one occasion, the Nemesis bursts through brick walls and floors, with a harrowing blend of hunger and machinelike purpose. It remains the best Big Bad that the series has ever mustered—admittedly, not an illustrious list—because it’s impossible to untangle the malice from the mechanistic. It isn’t powered by hatred, just hard wiring, and thus it seems to suck all hope from the air.

Jill seems just about capable of staying alive. We control her—much the same as in the previous game—in third-person, and the camera wheels nimbly around corners and narrows over her shoulder when she raises a weapon. A new addition, which will reduce some fans—myself included—into warm, placated puddles, is the dodge mechanic. At the press of a button, you will slink in a chosen direction, and if you leave it until the last second before your foe lunges, you are treated to a screen-fuzzing flash, indicating the full, stylish extent of Jill’s skills. (Or, as is often the case, your desire to look cool is kept in check, and thoroughly chewed on, when you fumble the timing) If you were tracing the outbreak of action in the series, you would find the first symptoms—the 180-degree quick turn, the dodge, the upward surge of bodies and boxes of ammunition—in Resident Evil 3: Nemesis. The remake holds fast to its forebear, searing its horrors with panic. 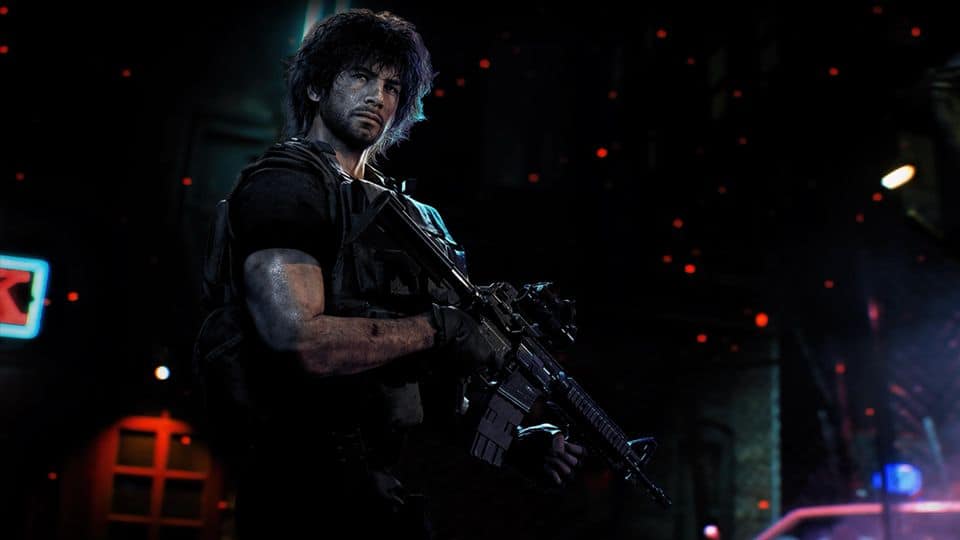 From the opening scene, Resident Evil 3 makes its desire known: it wishes to lay waste to your adrenal gland. I recommend you accompany your playthrough with a pot of chamomile tea and regular trips to the map screen. Capcom is an exquisite curator of its own worlds, and the map here filters the clutter of the streets through its clean lines and focussed colours—blue for places completely explored, red for those yet unrummaged—and I often retreated to it to catch my breath as much as get my bearings. (What is it with video game maps that can thrill us so? They are a Russian doll of a device, the play within the play). The game achieves something that good action movies grasp: the coherence and connection of space. The rainy paths and clanking walkways of the city click together in the mind, and when you venture indoors, the dark corners close in and smother the senses.

One question that hangs over the game is: does it still belong to the genre of survival horror? If you prefer your chills served gradually and streaked with tension, this might not be to your taste. The inventory management that the series is known for no longer squeezes your progress; it’s expandable with hip pouches, and you have plenty of ammo. On the regular difficulty, the ink ribbons—which would limit the number of times you could save your progress at each typewriter—have long gone, allowing you to save as obsessively as you like. And the game is too slight (I finished in just over seven hours) for a slow burn. Still, even the most priggish of genre purists would have a difficult time arguing that Capcom is unconcerned with matters of horror and survival. They simply occur at high speed. 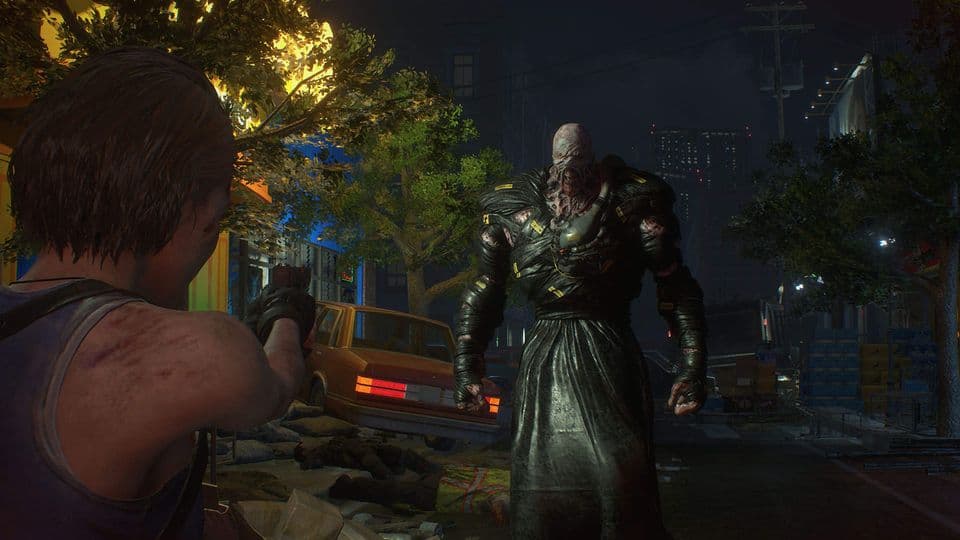 The plot is, at first, centred on a subway train, and it seems to take notes from its subject, bearing onwards through the breathless dark and alighting only briefly at key stops. Two months on from the mansion-bound catastrophe of the first game, Jill is haunted by nightmares, and plans to expose the company behind the outbreak: Umbrella Corporation. Hounded from her home by the Nemesis, she meets Carlos Oliveira, a soldier in the Umbrella Biohazard Countermeasure Service, amidst the chaos. Carlos and his group—among them Mikhail, a grizzled veteran in a beret, and Nicholai, a death-staring creep—are guarding a train car full of survivors. The government plans to contain the disaster by dropping a bomb on the city. The narrative goes nuclear, and the clock is ticking.

The story is spliced together with strips of thrifty FMV footage; a first-person segment, while the game is in its groggy waking moments; and sumptuous CG cutscenes. These styles are like streams, flowing separately into the same channel. I was taken aback by the sight of real faces, during the opening, as if the sheen of high-production had been dulled and dented; when enough money is spent mimicking reality, reality, by comparison, starts to look cheap. And yet, they belong. Unlike the FMV passages in Control, for instance, which spoke to the pulp sensibilities of its director, Sam Lake, while poking a hole in its world, those in Resident Evil 3 belong in the airtight bubble of the B movie, with its atmosphere of rustling cash and jetlagged drama. Ever Since George A. Romero (who directed a trailer for Resident Evil 2 and wrote a script for a movie adaptation of the first game) thrilled us with movies thronged with unknowns, the living dead have cried out for a low budget.

Resident Evil 3 is certainly not low budget, but it captures the feel. Its script is crammed with crummy lines (“Nice job, supercop!”) that make you giggle and cheer, delivered by dreamy characters that look like—and are—models. Carlos is voiced and motion captured by Jeff Schine, and his likeness, which is topped with a mop of dark curls, belongs to Benson Mokhtar. Carlos is as close to no-nonsense, in a world made up of little else, as you can get. But this is Jill’s game. She is voiced by Nicole Tompkins, who also provided motion capture, and her likeness is that of Sasha Zotova. The merits of Tompkins’s performance aren’t in the lines, which are as delicate as dynamite (“What is Umbrella up to?”); its in the physicality—the agile movements, the headstrong gait. And it’s given telling texture: Jill is sweat-damp and smeared with dirt, covered in small cuts. She moves with pop velocity. When Carlos says, “You’re a hell of a lot braver than me,” it doesn’t quite ring true. Jill isn’t brave; she’s badass.

Bravery only takes shape when there are graspable stakes, and atomic bombs blow everything out of proportion. Resident Evil 3 isn’t about humans, it’s about heroes. If I could pair it with another game, for a draining double-feature, it would be The Last of Us. Think of the atmosphere in Naughty Dog’s game: guilt-stained and sombre, its characters bent under unbearable weight. To which Capcom provides the perfect ironic tonic: when the world will end in flames, we need a supercop.

Resident Evil 3 is a play for our imagination as much as our memory. It understands that the fear we felt long ago didn’t fade; it took root in our brains and mutated into myth. And this is what it might look like.
8 Jill Valentine Nemesis Raccoon City Fast-paced thrills Fast-paced thrills