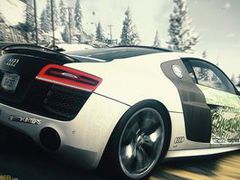 Need For Speed: Rivals map is 16x16km, ‘bigger than Most Wanted’

Discussing the map on NeedForSpeed.com, Ghost confirmed that “the world of Redview County is bigger than Most Wanted and well over 100 miles (16X16 km) of open roads. It is a place designed specifically for driving in the world’s best cars at speeds over 200mph. There are also different shortcuts not shown on the map for you to find.”

Ghost also revealed more about the game’s unlock system, confirming that players will unlock new cars “every time you complete a Speedlist or Assignment and head back to your Safe House or Hideout”, which can then be purchased with Speed Points.

Players can also use Speed Points to purchase different stripes, decals, liveries, pursuit tech and performance upgrades for their vehicles.

“While the narrative helps push you through the game, how you pick your Assignments and Speedlists is totally up to you,” said the developer. “As a Cop, your Assignments differ by Patrol, Enforcer and Undercover, and as a mysterious Racer named Zephyr you’ll complete different Race, Pursuit and Drive Speedlists, and drawing the attention of the police force while you’re at it.

“After completing the narrative you can then go back and complete the other Assignments and Speedlists that you haven’t attempted yet.”