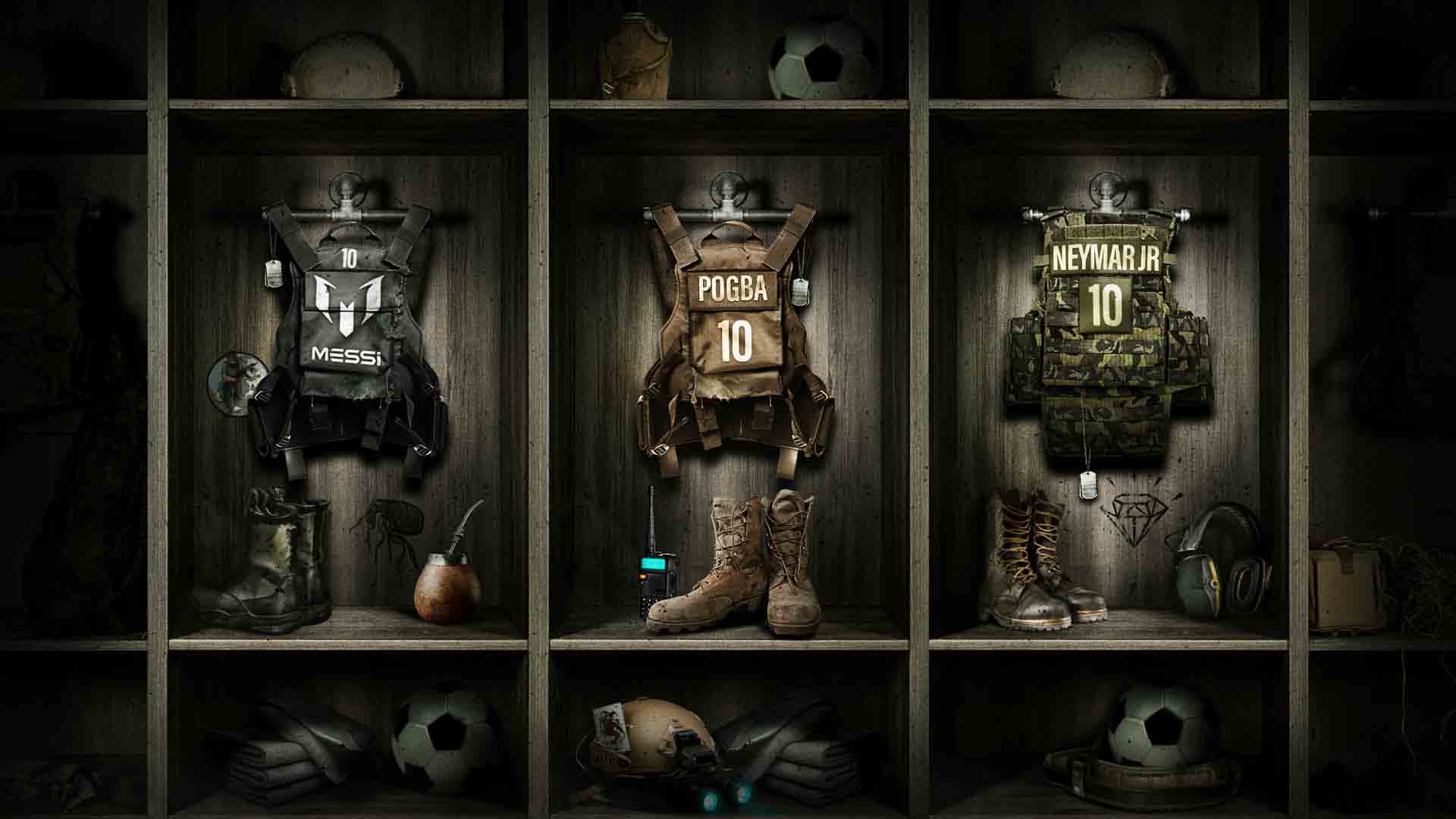 The official Call of Duty Twitter account has confirmed that soccer superstars Paul Pogba, Neymar Jr., and Lionel Messi will be coming to Modern Warfare 2 (MW2), Warzone 2, and CoD Mobile.

The news was revealed by Call of Duty via an image of a locker room with three sets of armor hung up, each with the names of the respective footballers emblazoned upon them.

The three stars will be getting their own skins in the three games, tying in nicely with the upcoming World Cup competition taking place later this month in Qatar.

But the two begging questions that remain, is how will fans get a hold of these awesome new operator skins and when will they be available in-game?

Without further ado, here’s what you need to know about the all-new Pogba, Neymar Jr., and Messi skins coming to Call of Duty soon.

How To Acquire Neymar Jr., Pogba, and Messi

The new soccer star operators were originally reported last month by several Call of Duty leakers, only to be confirmed soon after by Call of Duty themselves.

Each star will come in its own special limited time bundle that you will be able to pick up and acquire with the arrival of Season 1 of the new MW2 Battle Pass.

Besides these details, Call of Duty has not shed much light on how long these soccer star operators will be available to secure nor how specifically fans will be able to secure them. That said, players can expect the remaining details regarding these new Call of Duty soccer star skins to be revealed during Season 1 as the bundles are released in-game.

READ NOW: Warzone 2 release date and what we know so far

Videogamer.com is reader-supported. When you buy through links on our site, we may earn an affiliate commission. Learn more / Images from Amazon Product Advertising API / Last updated on 2022-12-02