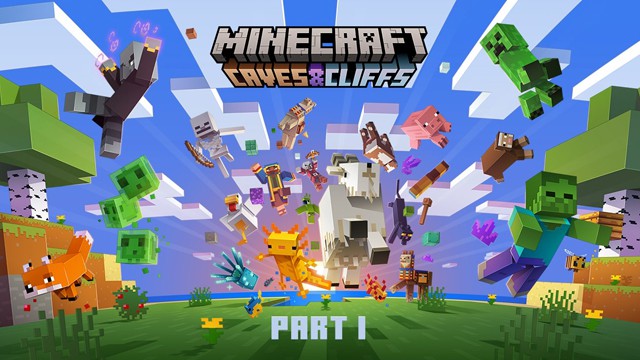 Mojang Studios has announced that Minecraft‘s next major update, entitled Caves & Cliffs Part 1, will drop into the creative sandbox phenomenom next week.

In case you’re not up to speed, this year’s update was split in two earlier this year, with this first half focusing on the mobs including Axolotls, Goats and former Minecraft Earth mob, the Glow Squid. Blocks wise, you can expect inclusions such as Crystal, Powder Snow, Deepslate + Ore Variants and Glow Lichen to name a few. Part 2, meanwhile—scheduled for later this year—will include the new biomes such as the Lush Caves, the Dripstone Caves and more.

You can check out a pair of videos for the new update below. Caves & Cliffs Part 1 lands in Minecraft on June 8 for Xbox Series X|S, Xbox One, PlayStation 5, PlayStation 4, Nintendo Switch, iOS, Android, and PC in both Bedrock flavour and Java Edition.