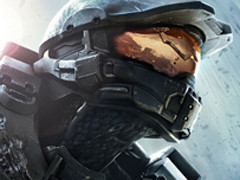 Microsoft has plans to bring more of its major video game franchises to PC besides Fable, the company has teased.

“Today we announced that we are bringing Fable Legends to Windows 10 PCs, day-and-date with the Xbox One version in 2015,” Microsoft said shortly after its Windows 10 reveal last night. “This means Fable fans running Windows 10 will be able to play against their fellow gamers on Xbox One. It’s the same game, in the same world, on the same map.

“Fable Legends is just the first of the major game franchises from Microsoft Studios coming to Windows 10 and we will have more to share in the coming months.”

Despite launching earlier games in the Gears of War and Halo series on PC, Microsoft has kept the majority of its big releases exclusive to Xbox in recent years. But could it have plans to bring some of its more recent games to PC?

Microsoft announced last night that Fable Legends would be coming to Windows 10 the same day it releases on Xbox One later this year.