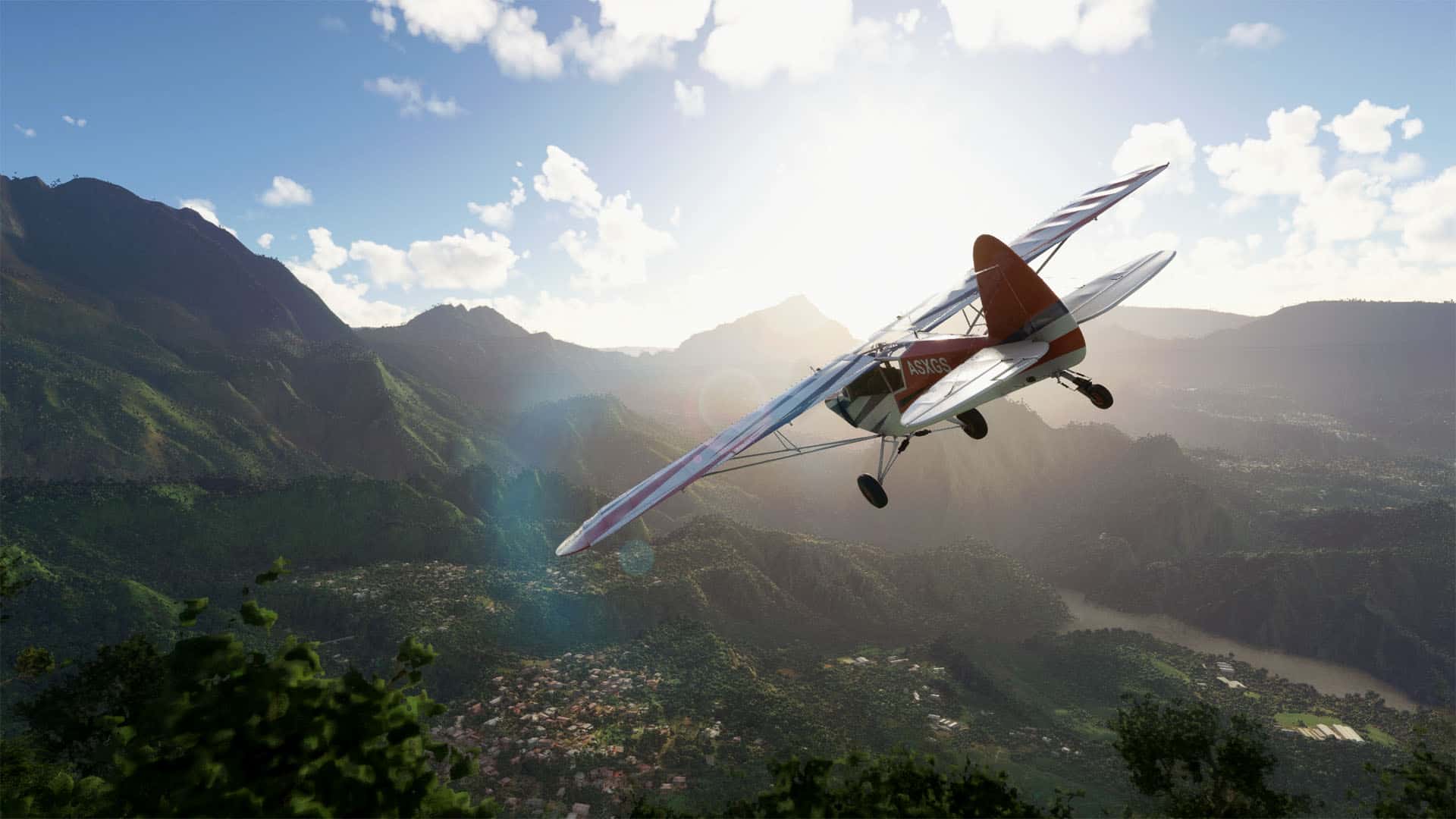 Xbox has announced that Microsoft Flight Simulator will launch on the Xbox Series X|S on July 27 and will also be available via Xbox Game Pass.

The news was announced during the Xbox and Bethesda Showcase on Sunday evening, with more details coming to light following the event thanks to social media and an official FAQ. Firstly, you won’t need to buy the game again if you own it on the Windows Store, as that’ll grant you access to the console version too.

It’ll support cross play between the Xbox and Windows Store version, with a cross-save update for PC scheduled for launch. Most first-party DLC should transfer across, but third party DLC will be up the decision of the third-party studios.

The game’s official Twitter account also revealed that it’ll support 30FPS on console with the possibility of higher framerates on TVs with VRR functionality. Sadly, you won’t be able to cross play or transfer data or DLCs from the Steam version.

Finally, it was revealed that the game will get a tie-in with upcoming movie Top Gun: Maverick with a free expansion this Fall. It was the second movie tie-in with an Xbox Game Studios title, with a Sea of Thieves crossover with Pirates of the Caribbean announced earlier in the show.

Microsoft Flight Simulator lands on Xbox Series X|S on July 27 and will also be available on launch to Xbox Game Pass subscribers. Check out the trailer below.