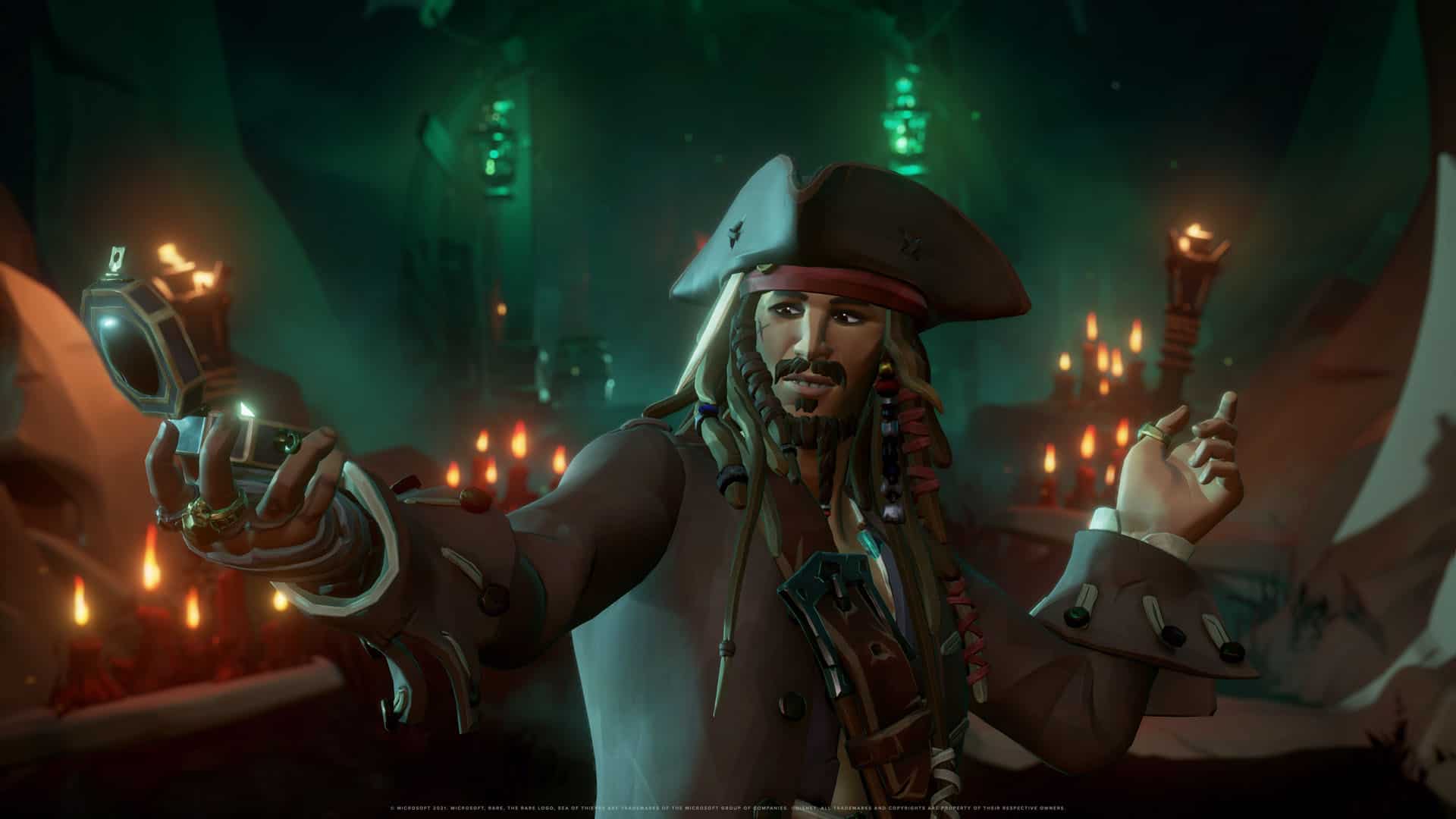 Rare has announced that Disney’s Pirates of the Caribbean series will crossover with Sea of Thieves in the game’s next major update next week.

It all takes place in a new free story expansion entitled Sea of Thieves: A Pirate’s Life and is described as the game’s “most ambitious story-driven campaign to date.” As announced during the Xbox & Bethesda Showcase, you’ll first be sent on a quest to free series hero Jack Sparrow from imprisonment, before joining him on a swashbuckling adventure.

The campaign comprises of five tales, similar in scope to the Tall Tales of the original game. We’re promised appearances from the series’ favourites and Rare has even worked with Walt Disney Games to make the original story including nods to both the movies and the theme park ride.

These additions won’t just be restricted to the expansion story either, coming as part of the larger Season Three update. That means new enemies such as Sirens, Phantoms and Ocean Crawlers will all be appearing across game’s world at large.

Sea of Thieves‘ Creative Director Mike Chapman says of the collaboration: “The heart of our story explores what it truly means to be a pirate on the Sea of Thieves, and this has allowed us not only to tap into the deeper meaning of the Pirates of the Caribbean movies and the original attraction, but also allow players to go on adventures with Jack Sparrow, learning more about how he sees the pirate life and his place on the Sea of Thieves. This story moves the Sea of Thieves world forwards in unexpected ways, and it’s been a joy to bring these two worlds together, treating both in a way that feels authentic and delightful to experience.”

The Pirates of the Caribbean content arrives as Sea of Thieves: A Pirate’s Life in a free update for all players from June 22 on Xbox Series X|S, Xbox One and PC. Check out the trailer below.