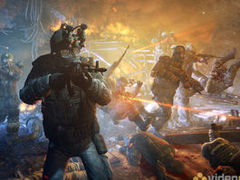 The sequel to Metro 2033 will not be a “flawed masterpiece” like its predecessor, according to THQ’s Mark Madsen.

“We did listen to all the feedback,” he said.

“That – and then some – has all been taken into account, and we’re going down line by line and addressing it and making sure that when Metro: Last Light does ship, it isn’t considered a flawed masterpiece.”

Madsen went on to say that 4A Games, the studio behind the Metro series, plans to drastically change the game’s HUD:

“I think that really is the final step in immersing you into this world. Really looking at this from the perspective of, how can we strip everything back and make the player feel like they’re completely immersed in the atmosphere?

“It’s not to say that we’re going to ship the game entirely HUD-less, we’re tweaking that right now, but we just want to take a minimalist approach will making sure everything that is pertinent to the game is communicated effectively.

“There are various means to communicate to the player without a HUD staring at them from the screen at all time. So there are audio and visual cues when you shoot one of your enemies. Sometimes that enemy might have heavy armour, and we’ll give you an audio cue, such as a pinging sound, so you know that you’re hitting armour and not flesh or vice versa.”

Metro: Last Light is set to release next year on PC, PS3, and Xbox 360. A Wii U version is also planned.