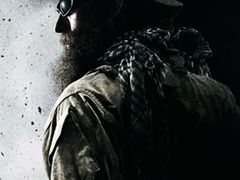 Upcoming shooter Medal of Honor – EA’s answer to Activision’s Call of Duty franchise – is being created using two separate game engines: Epic’s Unreal 3 for the single-player and DICE’s own Frostbite for the multiplayer.

DICE has confirmed that Unreal 3 – from Gears of War developer Epic Games – was used for Medal of Honor’s stunning debut trailer, which you can see for yourself, if you already haven’t, here.

In a series of Tweets, it said: “As many of you may have read, we are using a heavily-modified Unreal 3 Engine for Medal of Honor’s single-player campaign.”

“I guess the cat’s out of the bag. Medal of Honor’s multiplayer will be using the Frostbite engine.”

“Just to clarify, all of the footage in our trailer is Unreal Engine 3…not Frostbite :)”

Medal of Honor, the first game in the successful FPS franchise set in the modern day, will be released in the autumn for Xbox 360, PS3 and PC.