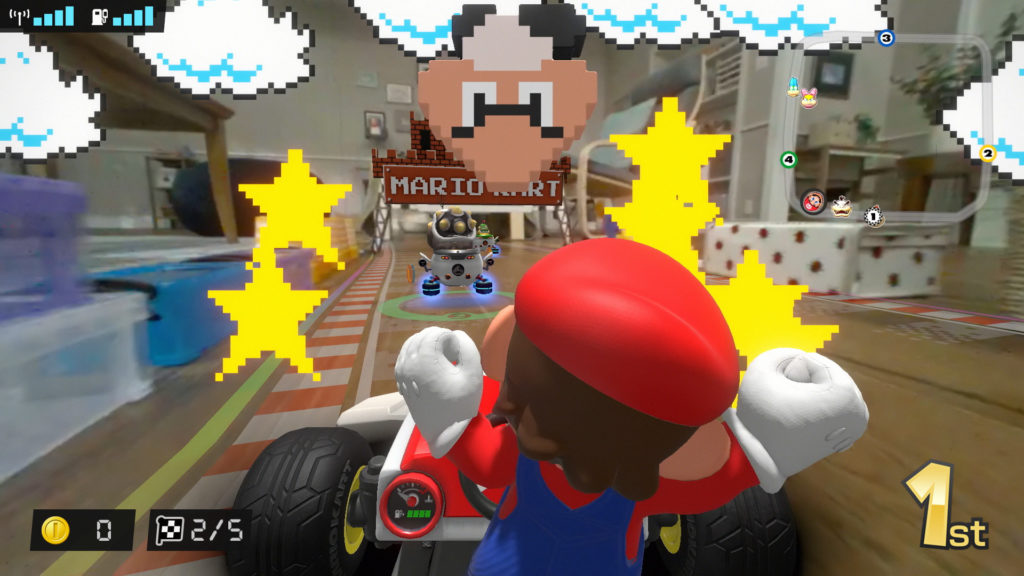 Nintendo has released a pair of new videos ahead of the launch of mixed reality title Mario Kart Live: Home Circuit later this month.

The first video, the launch trailer, details what the game—first revealed as part of the Mario 35 Anniversary celebrations last month— is all about. In the box is an RC Kart (either Mario or Luigi, depending which one you've bought), a USB charger, four cardboard gates and 2 arrow markers. You'll be able to use the gates and markers to lay out a course in a space in your home (the game reccomends a minimum of 3.5m x 3m of space), then download the game software from the Nintendo eShop on your Nintendo Switch to drive the car through the gates to create your track.

Then, you'll be able to theme it with one of the preset courses or even mix and match decorations to make it your own before you get to race against the Koopalings on the course, and it even includes many of the power-ups you know and love from the main Mario Kart series that directly effect your car in the real world, such as Bullet Bill which will drive your car around the course for you. Really impressive too is how they've managed to incorporate things such as the speed classes, multiplayer racing and the ability to edit your courses on the fly.

The second video meanwhile gives us some insight into the development of the game from Velan Studios, who made a prototype before taking it to Nintendo to see if they'd be interested in working with them on the project. They agreed, and the collaboration led to Nintendo working with Velan on the hardware and software side to ensure that the project felt like a Mario Kart as well as ensure the RC cars themselves wouldn't run out of power too fast.

You can check out both videos for yourself below. Mario Kart Live: Home Circuit is set to launch exclusively on Nintendo Switch from October 16. 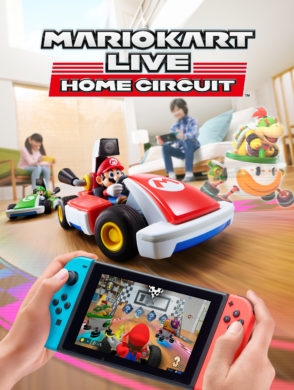