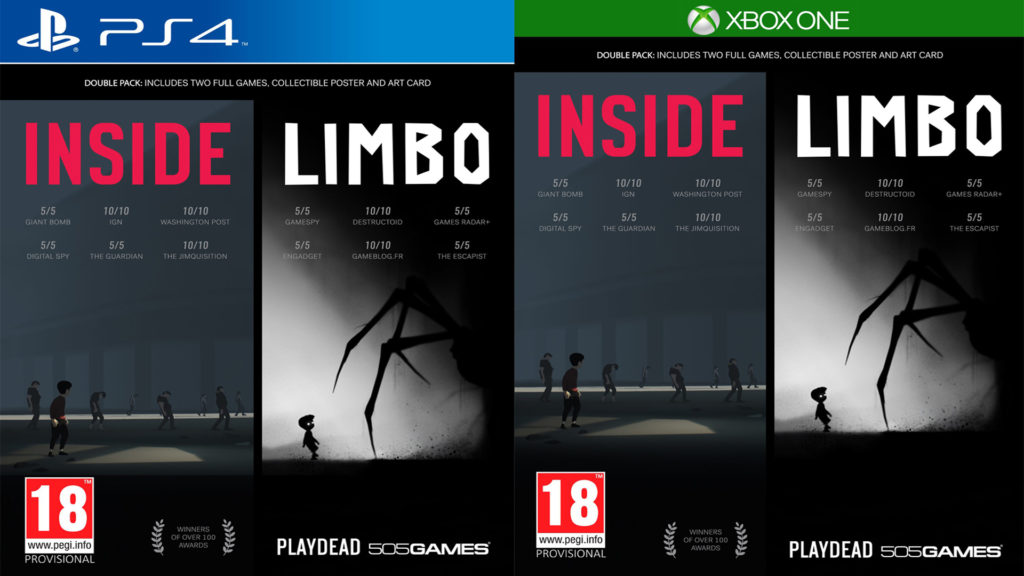 Limbo and Inside double pack out later this year

Developer Playdead’s critically lauded Inside and Limbo titles are getting bundled into one package that will be available on both PlayStation 4 and Xbox One, and coming to retail this September.

On top of the side-scrolling, atmospheric puzzle-platformers, you’ll get an art card and poster in this double pack, but only for a ‘limited run,’ apparently. Those in the US will be able to pick this up at various shops from September 12 for $29.99, while UK residents can purchase it on September 15 for £19.99.

Limbo was originally released back in 2011, and blew people away with its beautiful design and ridiculously dark deaths. Inside is considered by many to be an improvement on Limbo, with Tom Orry caling it ‘one of the best games of this generation,’ in his review.