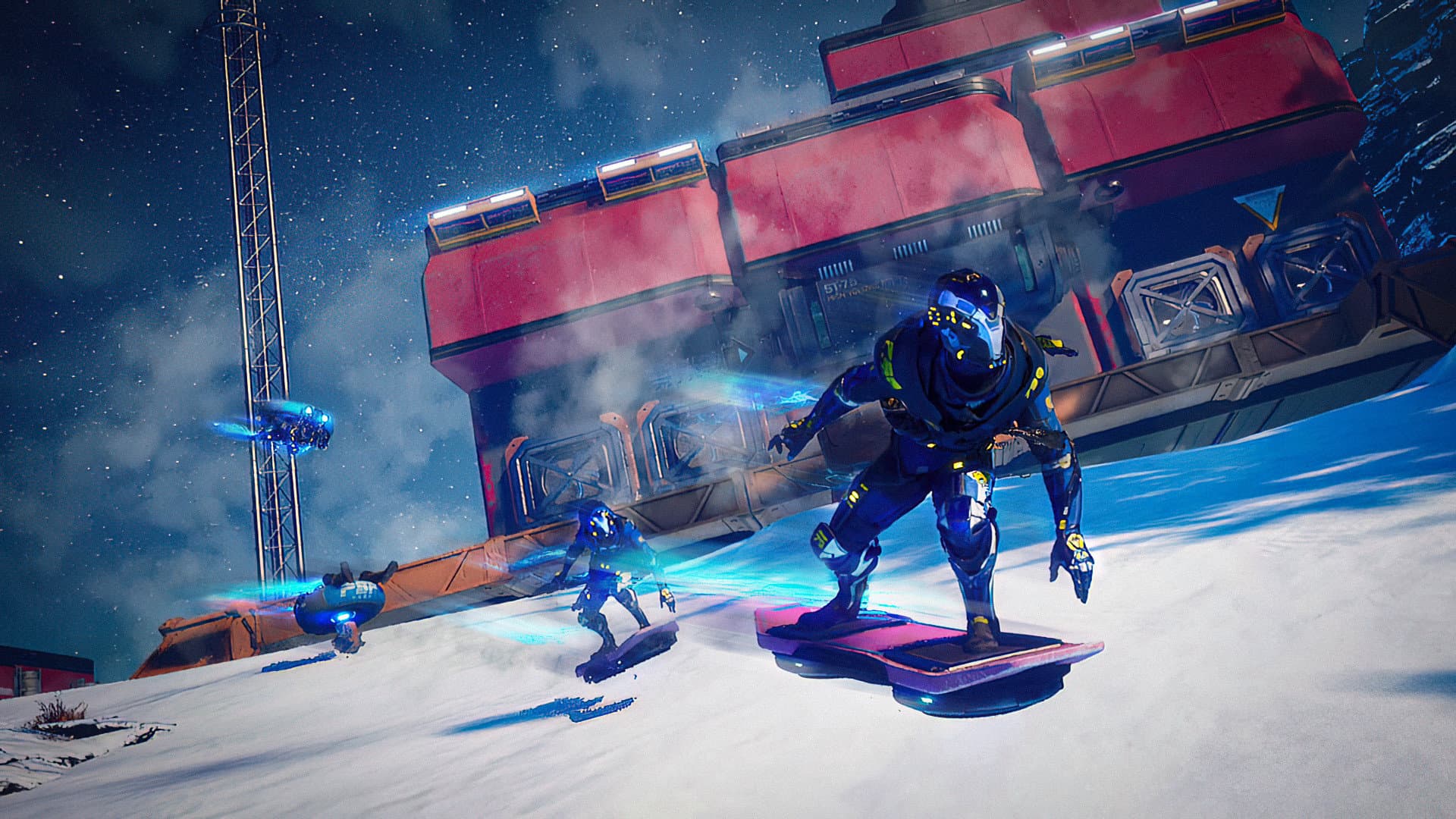 The FPS promises 60-player action with players able to pick from one of four unique classes. Each of these classes promises different stats in power, agility and defence and an epic ability. Said abilities can include Orbital Lasers to rain down fire, or support shields to offer cover. Players will then drop into matches as one of two teams; either the United Earth Defense Coalition or the Exo-Terrans.

Stages are large, which means players will be flying around on the game’s alien worlds via several methods. These include jetpacks, grappling hooks and even personal vehicles like a mechanical moose. Combatants also have a direction dash they can use to dodge enemy fire.

Winning matches will allow players to bag some sweet rewards. These include customisation options for both you and your personal vehicle. There’s also plenty of weapons and bombastic action promised, naturally. You can see some of that in the trailer below.

Blue Isle Studios plan to run a closed beta test first for LEAP, which will kick off on PC next week. The studio says it then intends to release the game in February, but hasn’t given a specific date just yet. It’s also worth noting that though the announcement only mentions the PC, the trailer has also been posted with a PlayStation 5 and PlayStation 4 declaration on the official PlayStation YouTube channel. However, it hasn’t specified if the PlayStation release will be the same time as the PC.