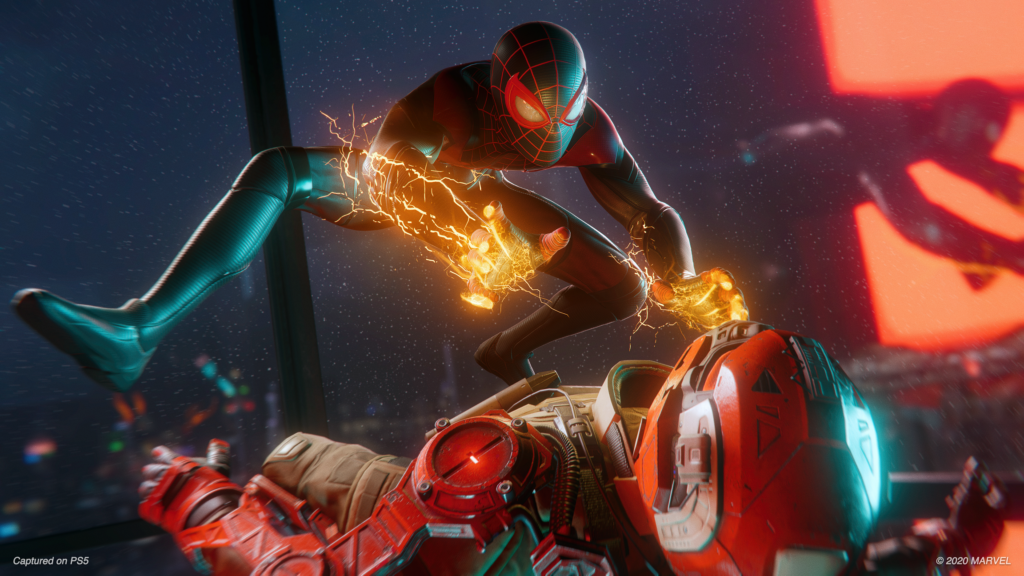 Some new footage from Insomniac's upcoming Spider-Man: Miles Morales has surfaced online that shows the game's titular hero tussling with his first boss fight in the form of returning character Rhino.

The footage comes by way of US publication Game Informer, who have the game as their cover this month and as such also have had some exclusive hands-on time with the game giving us a few more interesting nuggets of info. (Thanks, Video Games Chronicle)

Firstly, the game will be entirely load-free on PS5, it's said, even on fast-travel screens. You'll also be able to run the game in a Performance Mode that offers 60FPS at 4K resolution or a Fidelity Mode that only runs at 30FPS in 4K resolution but also includes enhanced visual features such as ray tracing and others. Photo Mode has also had some upgrades, with the ability to customise lighting by adding up to three lighting effects to a scene along with a bunch of new poses, stickers, frames and more.

Rhino won't be the only villain from Spidey's rogues' gallery Miles will face in his adventure, of course, with The Tinkerer also being mentioned as one of the villains showing up in this follow up, although Insomniac's creative director Brian Horton has apparently confirmed there won't be quite as many foes in this one.

Another interesting point that Horton is said to have made in the magazine is that Miles Morales won't necessarily resolve all the plot threads left dangling at the end of the original Marvel's Spider-Man game—particularly those two post-credit scenes—saying "The threads from the first game still exist, but we’re really focusing on Miles’ chapter and how he is going to become Spider-Man."

You can check out the new footage care of Game Informer for yourself below (naturally, beware of minor spoilers if you're wanting to go in blind). Spider-Man: Miles Morales is set for release on PlayStation 4 and PlayStation 5 on November 12 and November 19, depending on your region.