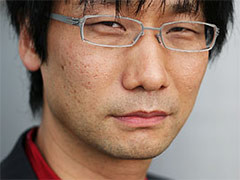 Hideo Kojima has spoken out for the first time after rumours emerged stating that he is to leave Konami later this year.

In a joint statement released with Konami, Kojima said: “I want to reassure fans that I am 100% involved and will continue working on Metal Gear Solid V: The Phantom Pain; I’m determined to make it the greatest game I’ve directed to date. Don’t miss it!”

Rumours suggesting that Kojima is to leave Kojima Productions emerged yesterday after it was discovered that his name and the studio’s logos had been scrubbed from Metal Gear Solid branding.

It was later reported that a “fallout” between Kojima Productions and Konami had led to communications being restricted at the studio, with senior staff, including Kojima, having their employment status “amended” to work on a contractual basis.

Then, earlier today, Konami released a statement revealing that it was seeking new staff to “lead the development” on a “new Metal Gear title” planned for release after The Phantom Pain.