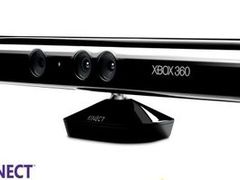 Kinect, the new motion sensing peripheral Microsoft hopes will breathe new life into the Xbox 360, will cost $149.99 according to the US version of the Microsoft Store.

Kinect is yet to show up on the UK version of the store, but at current exchange rates $150 equates to just over £100.

Kinect’s UK retail price, however, is yet to be officially announced.

According to Microsoft, your $150 gets you the Kinect sensor for the Xbox 360, a power supply cable, a user’s manual and a Wi-Fi extension cable.

Yesterday Develop reported that it costs Microsoft $150 to manufacture a single Kinect unit.

Kinect was one of the stars of last week’s E310 show, where it was properly unveiled under its new name during a dance performance by Cirque du Soleil in Los Angeles.

We were there. Check out our report of the unveiling here.

Kinect’s out in the UK in November.