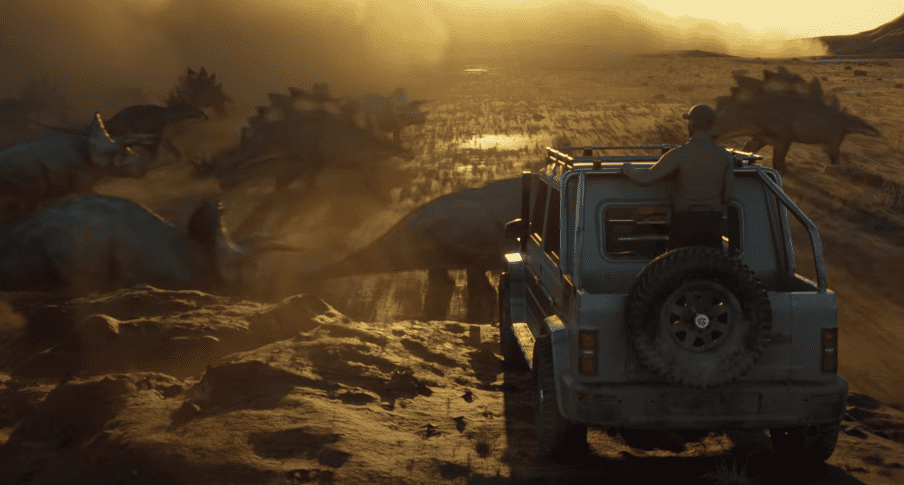 The trailer shows off a world overrun:

The official description says that the game “introduces a compelling, new narrative campaign set after the events of Jurassic World: Fallen Kingdom.” (If you can’t remember the events of that film, fear not; neither can I—rest assured, the dinosaurs got loose.)

Furthermore, the new game will include “incredible new features, and awe-inspiring new dinosaurs brought to life with captivating realism.”

Fans of the first game can look forward to “expanded construction and more customisation options.” Frontier Developments also promises that the game “is an even bigger, better and authentic Jurassic World game.”

(We didn’t review the first game, but we did talk about it on the VideoGamer Podcast—listen to that here. It seemed to pick up where Jurassic Park: Operation Genesis left off, tapping into its DNA, as it were.)

So there you have it. Jurassic World Evolution 2 will be released at some point this year, for PlayStation 5, PlayStation 4,  Xbox Series X / S, Xbox One, and PC.