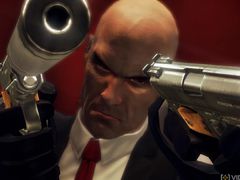 IO Interactive halves workforce, will focus only on Hitman franchise

IO Interactive, developer of Hitman: Absolution and Kane & Lynch, has cut almost half its current workforce to refocus efforts only on the Hitman franchise, reports GamesIndustry.

“We are making significant changes at IO Interactive as we align our business against a changing and challenging market. Hannes Seifert, formerly Production Director for 3 years at the studio, will take over the position of Studio Head at IO,” read a statement issued to GamesIndustry.

“The studio will focus resolutely on the future vision for the Hitman franchise and is in pre-production on a new AAA Hitman project.

“However we have taken the difficult decision to cancel other studio projects and initiatives at IO and reduce the workforce in this studio, which will impact almost half of the employees currently at IO, as we make internal adjustments to face the challenges of today’s market.”

The statement concluded: “For those affected, we are extremely grateful for the hard work which they have contributed, and where it’s possible and appropriate to relocate staff to open positions at other studios within the group, we will try to do so.”

Hitman is easily IO’s most successful franchise so it makes sense to realign the studio to make this the focus. Presumably this means the Kane & Lynch franchise is as good as dead, unless Square Enix has handed the IP to another developer.