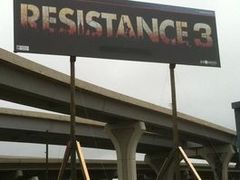 Insomniac’s next PS3 exclusive revealed in near future

Sony has reassured fans that Insomniac’s multi-format development announcement does not end its partnership with the studio.

The developer behind Resistance and Ratchet and Clank is currently working with EA on a game for Xbox 360 and PS3, but it’s still going to be making some titles exclusively for the PS3.

If that wasn’t enough reassurance, the spokesperson went on to say that Sony “look forward to unveiling Insomniac’s next PS3 exclusive properties in the near future”.