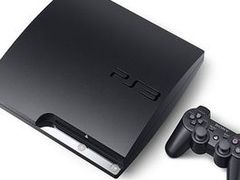 Insomniac: Now we can perform tricks on PS3

Ratchet & Clank and Resistance developer Insomniac Games is now so familiar with creating games on the PS3 that it can “perform tricks on it”.

“We had to rebuild Ratchet for PS3,” Stevenson said. “All that stuff we took for granted: the move set, the animations, the character, the crates, everything that works on PS2, had to be redone for PS3.

“As soon as that’s done and you have everything down and you have that codebase to work from, making the sequel is always a leap forward. This is the fun time in every console generation. Everyone gets excited about new game machines. The problem is game developers are so busy just getting their games up and running on the new machines at first. You don’t get the innovation, the interesting stuff and the astounding games early on in the generation because we’re just happy it runs.

“After we get it off and running and we have a game or two released, three, four years into the lifecycle of consoles is where it starts to get exciting. Now we know how to ride that bicycle and we can start performing tricks on it.”

“It was going from old techniques where processing was single threading, to multiple parallel processors essentially – there are six, seven SPUs on the PS3,” Stevenson explained.

“That’s a complete paradigm shift. It makes it even harder. At least we have the benefit of being exclusive. We code everything for the PS3 engine. Trying to wrap your head around getting something that will work on an Xbox 360 processor and a PS3 processor – that makes it even harder. So we have the benefit of being able to not worry about having another console to develop for and focus our engine on running incredibly well on the PS3, and wringing all the power out of the SPUs.

“There was a learning curve,” he admitted. “Getting a launch title out the door is always a learning curve. Everyone can aim for that but it’s tough. Resistance 1 was a tough game to make. The hardest part about that is, you have to make the game on PCs, and you have to simulate the engine of the PS3 as best as possible until the dev kits start rolling out. And then it’s a rapid process of trying to get the game working on dev kits. It was a tough process.”

During its early years the PS3 saw the release of a number of poor quality ports and inferior versions of multiplatform games, including infamous culprit The Orange Box, as developers got to grips with the intricacies of the console.

Ratchet & Clank: A Crack in Time is due out exclusively for the PS3 this Friday.