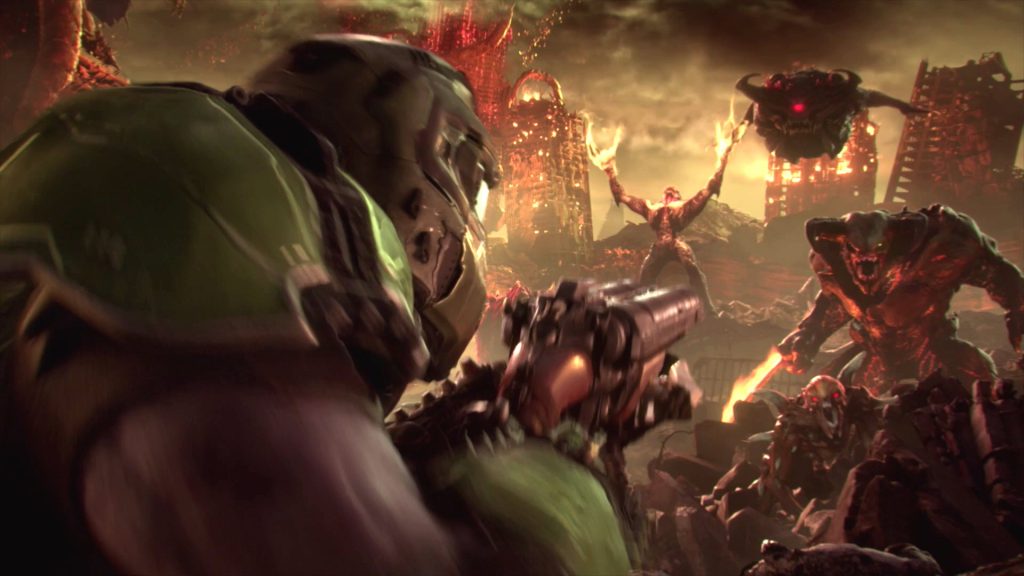 id Software was “crunching pretty hard” on Doom Eternal before it chose to delay the game to 2020 (via VG247).

Last year, executive producer Marty Stratton couldn’t contain his excitement for the new game. “When we finished Doom 2016, we knew we surprised people and a lot of people just wanted more,” said Stratton. “We could have done more, but I think we’ve looked at Doom Eternal and said, ‘How can we raise the bar in every aspect, from technology to design to world-building to the epic scope and scale to the multiplayer battle mode?’ We’re just pushing every piece of it further than I think we’ve ever pushed on a game. It’s ultimately turning out to be I think the best thing we’ve ever done.”

id Software wants to lead, not follow, when it comes to its games and how they’re made. In consequence, the studio chose to delay the game from its original release window in November 2019 to March 2020. Now, the team has been able to reveal what motivated that choice and what’s the status of Doom Eternal at this moment. “The game was done, we haven’t added anything but what [the delay] allowed us to do was fix a tonne more bugs,” Stratton told VG247. The team prioritised “polishing, hardening of the back-end systems,” and intensive external testing. However, the extra time did not necessarily cut out crunch conditions.

“We were crunching pretty hard most of last year. It goes in phases,” Stratton explained. “We’ll have one group of people crunching so the next group of people are teed up properly. As they get done, they may need to crunch a little bit.” id Software focusses on the work-life balance of its employees, but Stratton expressed that crunch crops up despite their best intentions. “We have very dedicated people that just choose to work a lot in many cases. It was nice because we want the game to be perfect. We want it to live up to our expectations and consumer expectations.”

It sounds similar to what CD Projekt Red said about Cyberpunk 2077’s delay. “[A delay] takes a little bit of the steam and pressure out but it’s almost one of those things where we’ll push it even harder to get even more just as tight as it possibly can be,” qualified Stratton. id Software is content that the upcoming Doom Eternal is “not ridiculously far behind” its predicted release window, and iterates that “it’s the best game we’ve ever made.”

Doom Eternal will launch for PC, Xbox One, Switch, and PlayStation 4.