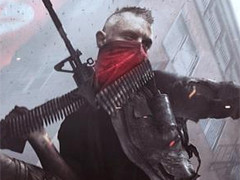 A new patch that aims to resolve Homefront: The Revolution’s performance issues is now live, Dambuster Studios has announced.

The ‘Performance Patch’ is said to provide a “smoother framerate and improved performance throughout the game”, with performance said to have been improved by a further 15% on top of earlier patches. There’s also been additional improvements made to the game’s save stall issues, which Dambuster says should now be “unnoticeable”, along with fixes to enemy spawns and more.

“The biggest problem players experienced at the launch of Homefront: The Revolution was inconsistent frame rate,” says Dambuster. “We have been working hard to improve this incrementally throughout previous patches, and have now boosted frame rate a further 15% on top of the 25% improvement already achieved in 1.06. This will ensure a much smoother experience for everyone playing across all platforms.

“The team have also been working on another of the bigger issues since we launched, ‘stalls’ that were present when the game is saving. We reduced the number of stalls occurring in previous patches, but the team have spent further work to reduce this event entirely. We are happy to report that this has been greatly reduced from the 5 to 10 seconds originally reported to becoming unnoticeable as you play through the game.”

Homefront: The Revolution launched back in May but was criticised for its significant performance issues. Burns liked it on the whole, though, scoring it 6/10 and explaining that it wasn’t “the disaster many had anticipated”.

For the full patch notes on today’s update, head through to the Homefront forums.