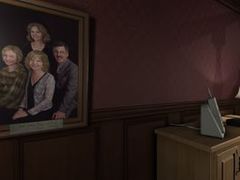 UPDATE: The PS4 and Xbox One versions of Gone Home will release in the UK next Friday, February 12, Fullbright has confirmed.

“Once again, we sincerely apologize for the delay releasing in expanded territories, and thank you so much for your patience,” said the developer. “See you soon!”

Prices for the UK release have yet to be announced.

ORIGINAL STORY: Fullbright has apologised to fans after running into “last-minute complications” with the PS4 and Xbox One versions of Gone Home, causing the game to be delayed across Europe.

Both console versions were due to arrive yesterday, but were pushed back after the developer encountered issues with the game’s European ratings. The game launched as planned in North America.

Fullbright hopes that it won’t be delayed for too long, however, with the game said to be on “fast track” for release as soon as possible.

“Sad announcement: due to last-minute complications with ratings/cert, GH Console is delayed in EU/AUS regions,” Fullbright wrote on Twitter. “EU/AUS versions are on fast track, so our hope is this is a brief delay– we’re working as hard [as] possible to fix it.”

A new release date has yet to be confirmed.

Gone Home launched on PC to critical acclaim back in 2013 and sees the player returning home after a year abroad to discover their family has gone missing.