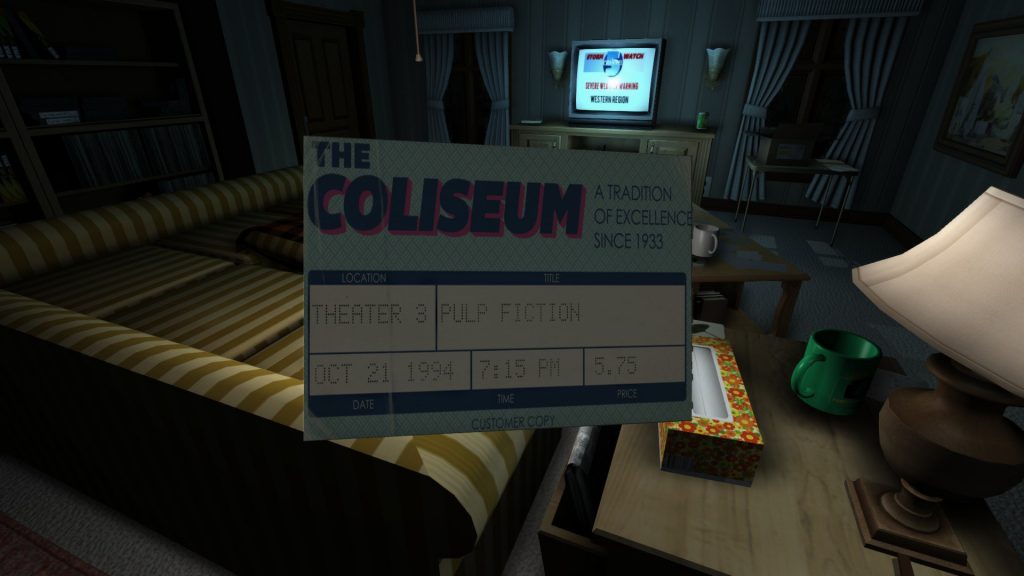 Gone Home is coming to the Switch really soon

Gone Home, the compelling, slightly spooky investigate-'em-up from developer The Fullbright Company, is coming to Nintendo Switch on August 23.

Originally released in 2013 on PC and ported to PlayStation 4 and Xbox One in 2016, Gone Home sees 21-year-old Katie Greenbriar returning to her family gaff in Oregon, only to find out everyone's up and left.

Gone Home is more focused on exploration, as it's Katie's job to find out what's happened to everyone by having a nose around the sprawling abode, poking around in drawers, investigating objects, and reading notes to progress.

If it sound a bit walking simulator-ish, then that's probably no surprise; in many ways it kickstarted the whole sub-genre, but don't let that take away the fact it's bloody brilliant.