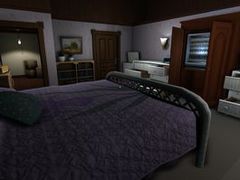 The console versions of Gone Home have been cancelled, Fullbright has confirmed.

Speaking to DualShockers, Fullbright co-founder Steve Gaynor confirmed that “Gone Home for console is not actively in development any longer”, adding that the studio’s partnership deal with Majesco “has sadly come to an end”.

The console versions of Gone Home were originally due to release last year under Majesco’s indie publishing label Midnight City. However, Majesco warned investors last November that its future was in “substantial doubt” after suffering significant losses.

Gone Home first released on PC in 2013 and was praised by critics for its atmospheric story, earning itself an 86 Metacritic rating.

Fullbright’s next game ‘Tacoma’ is due for release in 2016.