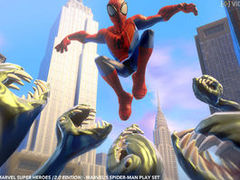 Three characters are available to choose from, including Nick Fury, Hawkeye and Iron Fist, and you can even save a further £5 by using discount code ‘TDX-PFW6’.

Tesco currently dates the game for release on September 19, although Disney has yet to officially announce a launch date.

UPDATE: The deal also appears to be available from GAME, although they’re asking for a little more money.