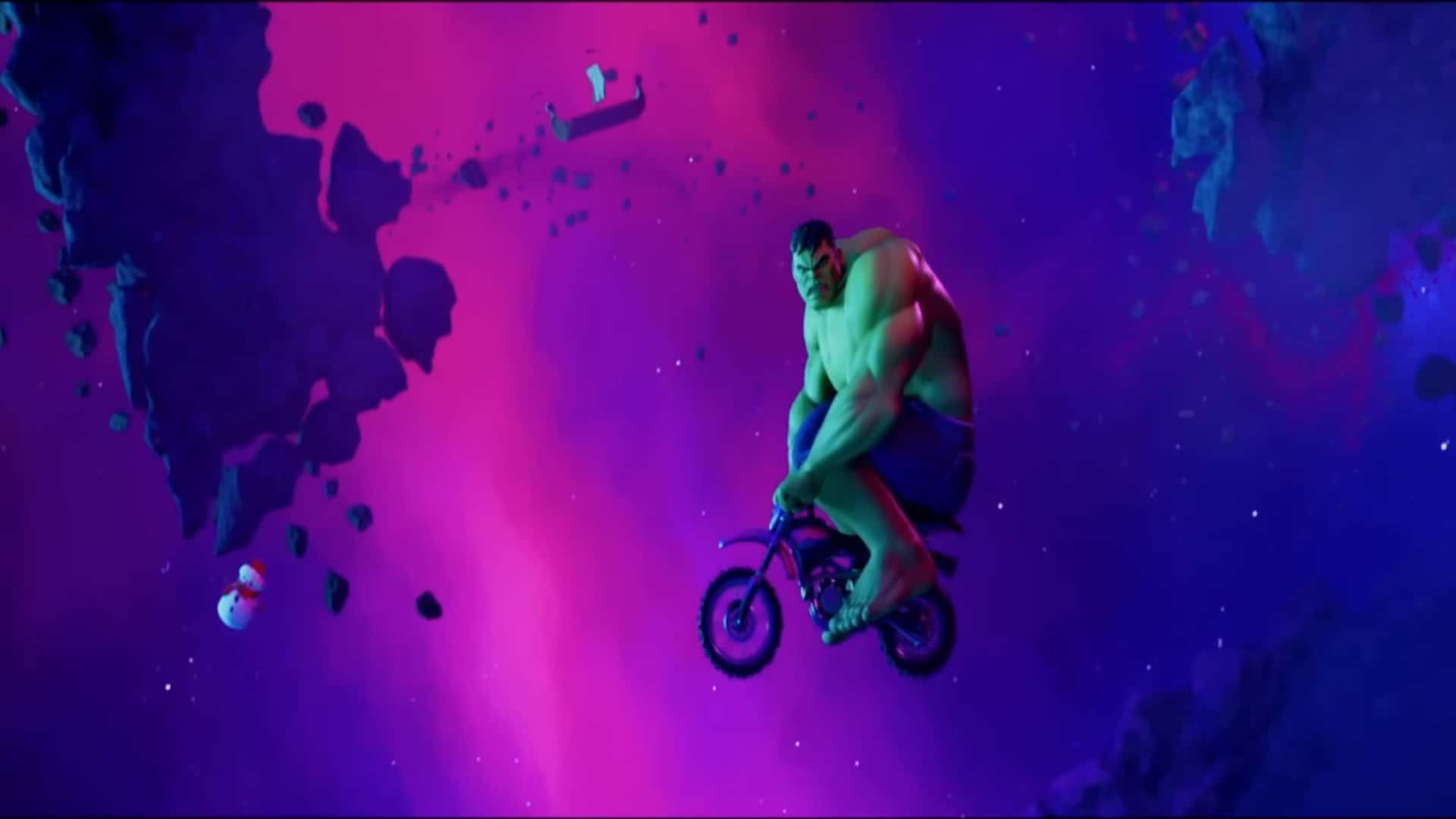 Fortnite Chapter 4 Season 1 of the popular battle royale is now playable and the trailer that came along with it featured a very recognizable green character. Epic Games have finally announced the addition of The Hulk who’s set to smash screens and builds worldwide.

NOW READ: Fortnite Can I Still Get Goku?

During the Chapter 3 Season 4 Fracture Finale Event, the ending cutscene gave players a view at the Green Goliath riding a motorcycle in space. We know now that this wasn’t just a coincidence since he will be arriving as in-game on December 8, 2022 at 4 PM PT / 7 PM ET.

A post from Fortnite news aggregator HYPEX has also provided screenshots of the Hulk skin which you’ll be able to see above. His “Hulk Smash!” emote will also not be built in and can be used with any other cosmetic.

How to get Hulk in Fortnite?

You’ll be able to get the Hulk by heading to the Item Shop and purchasing either the skin itself or the bundle. Unfortunately, the price for this accessory hasn’t been provided yet at the time of writing. Based on other similar cosmetics, however, we can assume that the Hulk skin itself will cost 1,500 V-Bucks while the Bundle may cost somewhere around 3,000 V-Bucks.

Thanks to another Fortnite post, the contents of the set have already been provided. This is what you can expect once you purchase it:

With The Hulk’s addition, players can expect Epic Games to bring in more of the Avengers in the future to complete the set. For now, though, get ready to bring the pain with his release in-game.