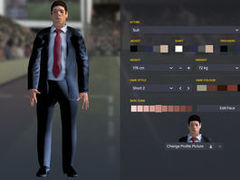 The news comes as the studio and SEGA gear up for the launch of Football Manager 2017 for PC, Mac and Linux on November 4.

The fully featured PC edition will be joined on the same day by Football Manager Touch 2017, which will be available standalone or offered free to all those buying the regular edition.

Those who pre-purchase from a participating digital retailer will be able to start their FM17 career at least two weeks prior to the official launch via a fully-playable beta. All single-player careers started in the beta can be continued in the full game.

Football Manager 2016 promises to be the most realistic, in-depth and immersive…

Football Manager 2016 promises to be the most realistic, in-depth and immersive…