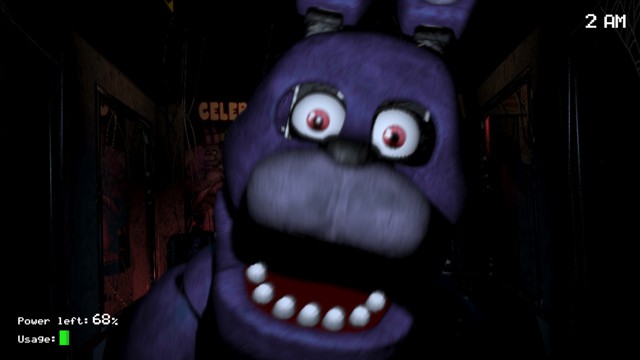 Scott Cawthon, creator of the Five Nights at Freddy’s series of games, has announced his retirement just days after he came under fire over past donations to controversial political candidates.

In a statement posted to his website, Cawthon said “Here on the seventh anniversary of the first game’s trailer as I realise that I was in my mid-30s when I created the series and now I’m approaching my mid-40s, I realise that I miss a lot of things that I got to focus on before FNAF became such a success. I miss making games for my kids, I miss doing it just for fun, and I miss making RPGs even though I stink at it. All of this to say that I am retiring. I have been shown tremendous love and support over this last week, a lot of which has come from the LGBTQ community. The kindness shown to me has been surreal.”

In terms of the future of the series, Cawthon added “Is this the end of FNAF? No. This just means that someone else will eventually be running the show; someone of my choosing, and someone that I trust. We will have to wait and see how it all plays out, but an announcement will be made at some point.”

His announcement came after it came to light (as reported by Eurogamer) that Cawthon had made a series of donations funding several controversial US Republican candidates including Donald Trump and Mitch McConnell. Responding to the backlash on Reddit at the time, Cawthon said “Even if there were candidates who had better things to say to the LGBT community directly, and bigger promises to make, I believed that their stances on other issues would have ended up doing much greater harm to those communities than good.”

However, he was also largely unapologetic for the donations, saying “If I get cancelled, then I get cancelled. I don’t do this for the money anymore; I do it because I enjoy it. If people think I’m doing more harm than good now, then maybe it’s better that I get cancelled and retire. I would accept that.”

Cawthon doesn’t mention whether the controversy was a factor in his decision. He does, however, reiterate that he wants to spend his retirement looking after his children, saying: “I want to focus my attention on them, focus on protecting them and spend my time making things for them. I only ask that my fanbase respect my decision. I will still be around, just not in the capacity that I used to be.”

The next Five Nights game was expected to be Five Nights at Freddy’s: Security Breach for the PlayStation 5, PlayStation 4 and PC later this year. At the time of writing, no statement has been made on that game’s future from Cawthon or co-developer Steel Wool Games. You can check out a trailer for the last time we saw that game back in February below.