Fallout 76 is getting Seasons, Legendary Perks, and the Brotherhood of Steel 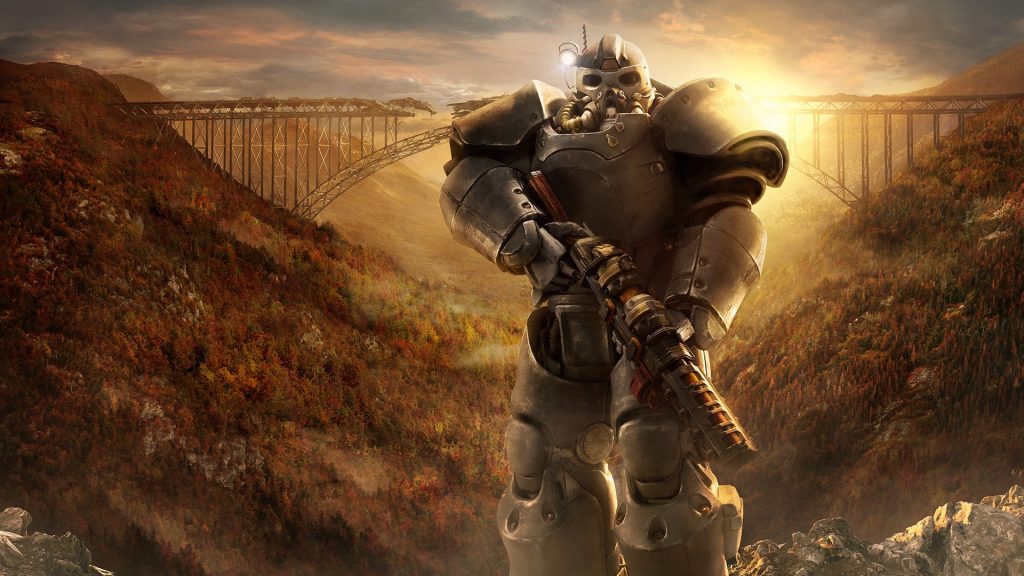 Bethesda unveiled the roadmap for Fallout 76 for the rest of the year, and it features a season pass-style addition, public teams, rebalanced combat and loot, and the Brotherhood of Steel (via Slash News). 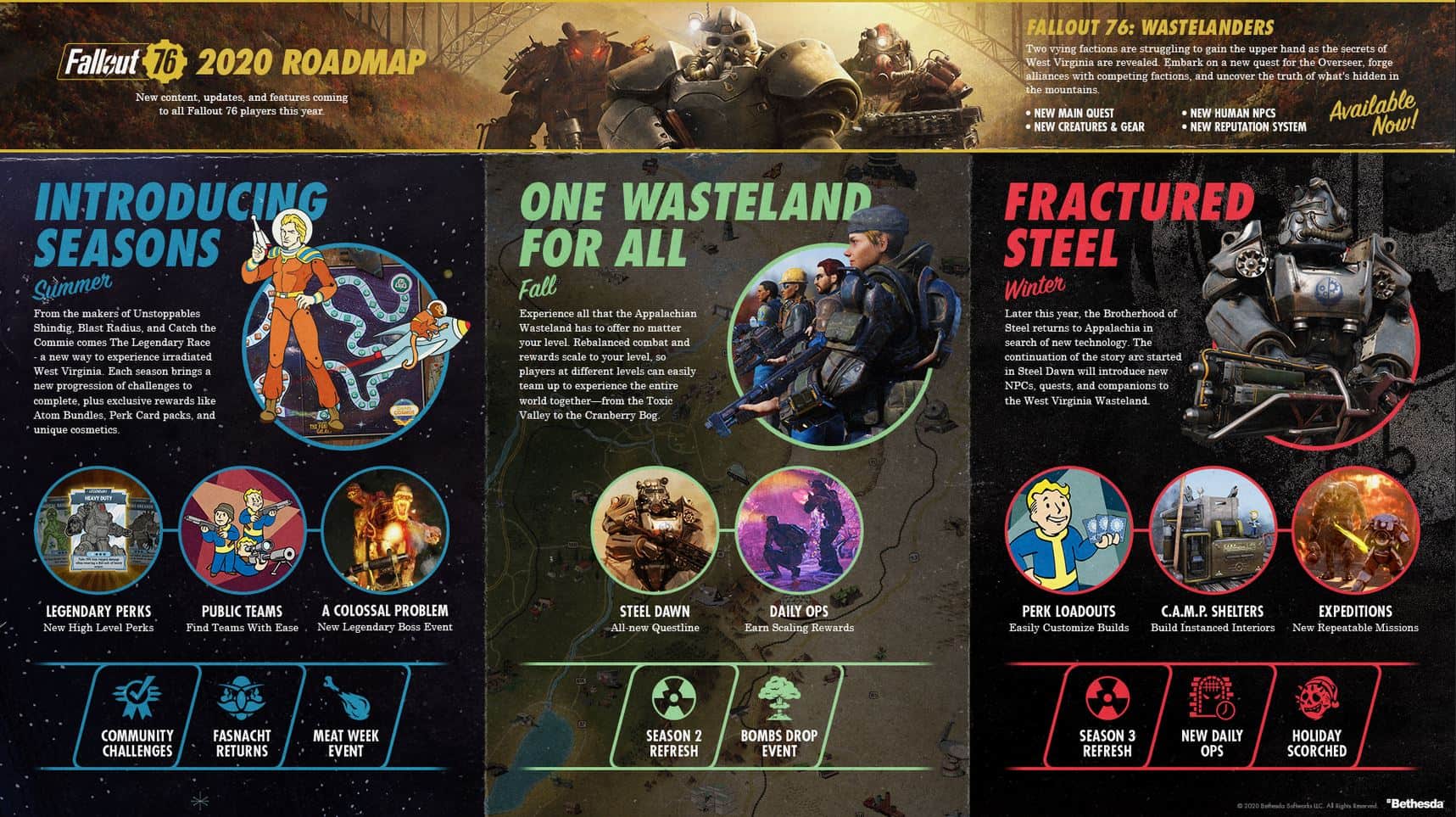 Seasons is Bethesda’s “own take on a ‘Season Pass’ style system,” and the first of these will roll out with update 20. It’s structured like a board game, and players will earn S.C.O.R.E. points, which move the player along the board and “rank up.” With each new Rank (there’s 100 Ranks in total), a new reward is unlocked, like an outfit, a C.A.M.P. item, a weapon skin or Power Armor paint, consumables, Perk Card Packs, Atoms, and even in-game currencies like Scrip, Caps, or Gold Bullion.

The Summer Season is free to all players, but Bethesda didn’t say whether Seasons in the future will also be free. Additionally, players will be able to purchase progression by spending 150 Atoms for a Rank, but this feature will be disabled in the first fortnight of the Season. Seasons will not replace Challenges, as Daily and Weekly Challenges will generate S.C.O.R.E. points for the player. Public Events and experience point gain are another source of S.C.O.R.E. points.

“When you reach Rank 100, you’ll unlock an “End of Season” Bundle. In Season 1, this bundle includes several unique Captain Cosmos themed items, like the Jangles the Moon Monkey Stein, a Planetarium Desk Lamp that features special lighting and visual effects, and even a framed version of the Season 1 boardgame itself,” said Bethesda. So, there’s a motivation to reach Rank 100, if it is only to flex your special Jangles the Moon Monkey mug in your C.A.M.P..

“One Wasteland For All” will roll out in the autumn months, and this will ensure new and veteran players will get the most out of the Appalachia. “Rebalanced combat and loot that scales to every player – regardless of their level” is the standardising endeavour that Fallout 76 developers had mentioned before, and this should entice people who drop into the game sporadically. And finally, the Brotherhood of Steel will arrive in the game, after the conclusion of the Steel Dawn questline in “One Wasteland For All.”

The Brotherhood of Steel will “introduce new NPCs, quests, and companions,” and will share the spotlight with holiday-themed Scorched enemies and new Expedition missions. This is on top of the massive Wastelanders update that went live last month, so the hills of Appalachia will have lots and lots of eyes.

Fallout 76 is available for PC, PlayStation 4, and Xbox One.